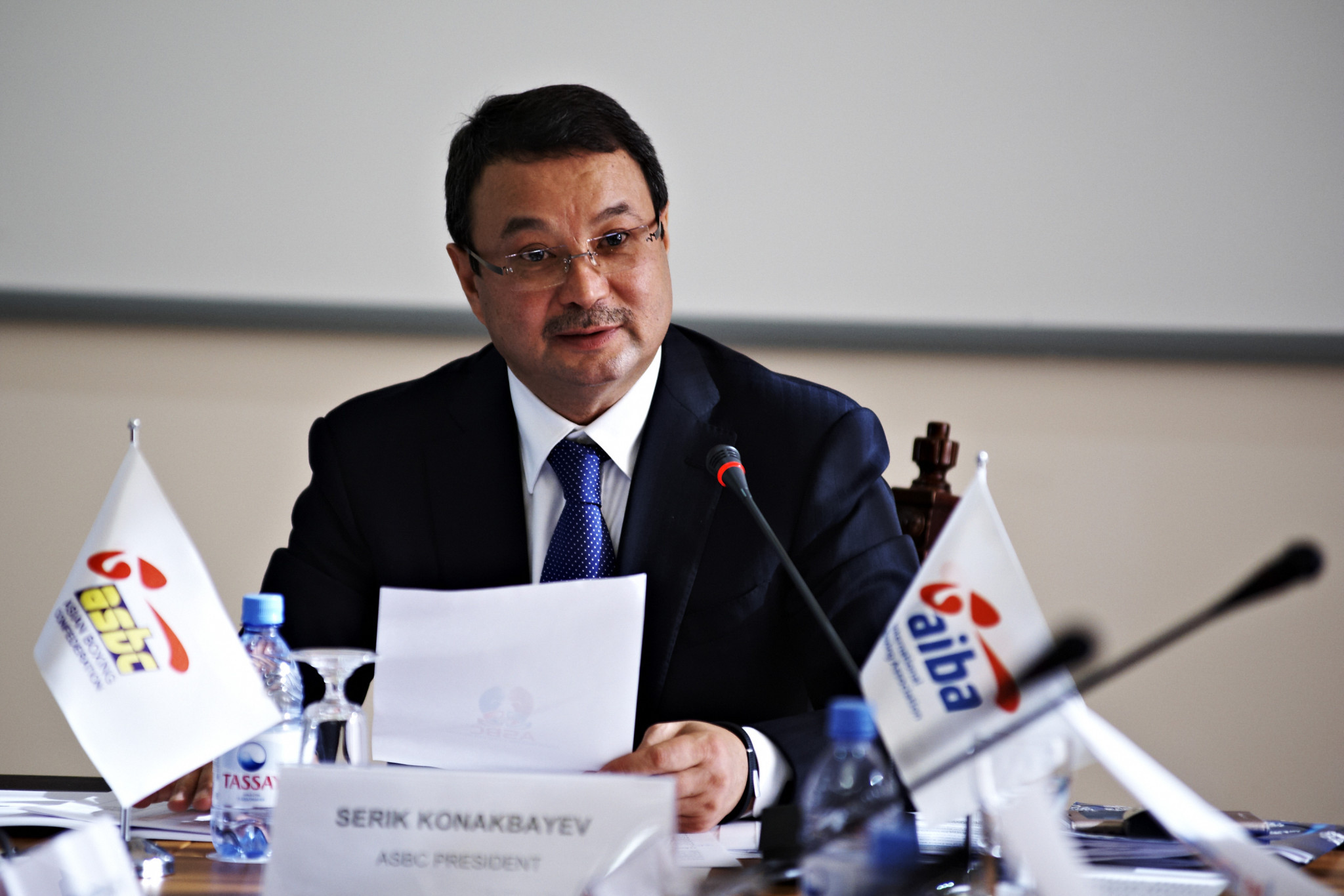 A bitter row between the International Boxing Association (AIBA) leadership and Serik Konakbayev has deepened after the worldwide governing body claimed the Kazak had "set out to destroy" evidence from his period as President of the Asian Boxing Confederation (ASBC).

The issue was raised by Anas Alotaiba, who succeeded Konakbayev as ASBC President in November, in a report from the continental governing body presented to the AIBA Executive Committee during its two-day meeting in Istanbul.

According to AIBA, the ASBC "identified a major knowledge transfer issue" and accused Konakbayev of attempting to delete data, emails and technical information during his time as President.

Konakbayev, who has been at loggerheads with AIBA since he was beaten in the Presidential election by Gafur Rakhimov, allegedly claimed data protection laws of Kazakhstan prohibited the information being transferred to the new ASBC leadership.

AIBA revealed an investigation, led by a dedicated taskforce, had been launched with a view to recommending possible disciplinary actions.

The allegations come after AIBA began investigating a breakaway group of "rogue Kazakhstani individuals" who offered to help manage the qualification process and run the Olympic boxing tournament at Tokyo 2020 without the worldwide governing body.

The International Olympic Committee (IOC) initiated an inquiry into AIBA last year, which could strip the organisation of the right to oversee the Olympic event, due to ongoing issues with governance, financial management and the integrity of its competitions.

The group sent a letter to the IOC, which outlined their "serious concerns about the current status of our sport and the future of young boxers" and pledged to work alongside the IOC and Tokyo 2020 to ensure a boxing competition is held at the Games in the Japanese capital.

The move was met with anger from AIBA, who accused the group they claim was behind the letter of "misleading National Federations" and of further sabotaging the embattled governing body's strained position within the Olympic Movement.

AIBA then announced it had begun planning the Olympic qualification process anyway.

The organisation said it was conditional on the progress being made with the IOC, but "will be able to give a pathway forward for athletes in their plans towards the 2020 Olympic Games".

Members of the AIBA Executive Committee also criticised the IOC for freezing planning of the sport at Tokyo 2020, claiming it had failed to protect the athletes by doing so.

Konakbayev had campaigned heavily on Rakhimov's election as President putting boxing's place on the Olympic programme in doubt during his run for President.

The IOC had directly warned Rakhimov that he should not stand for President as his candidacy put the sport's berth at the Games in Jeopardy owing to him remaining on a United States Treasury Department list as "one of Uzbekistan's leading criminals".

Konakbayev, an Olympic silver medallist and double European amateur champion, was initially blocked from the Presidential race after AIBA disputed his nominations for the role had been sent prior to the deadline.

He was eventually cleared to stand by the Court of Arbitration for Sport but suffered a comprehensive defeat to Rakhimov in the vote at AIBA's Congress in Moscow.