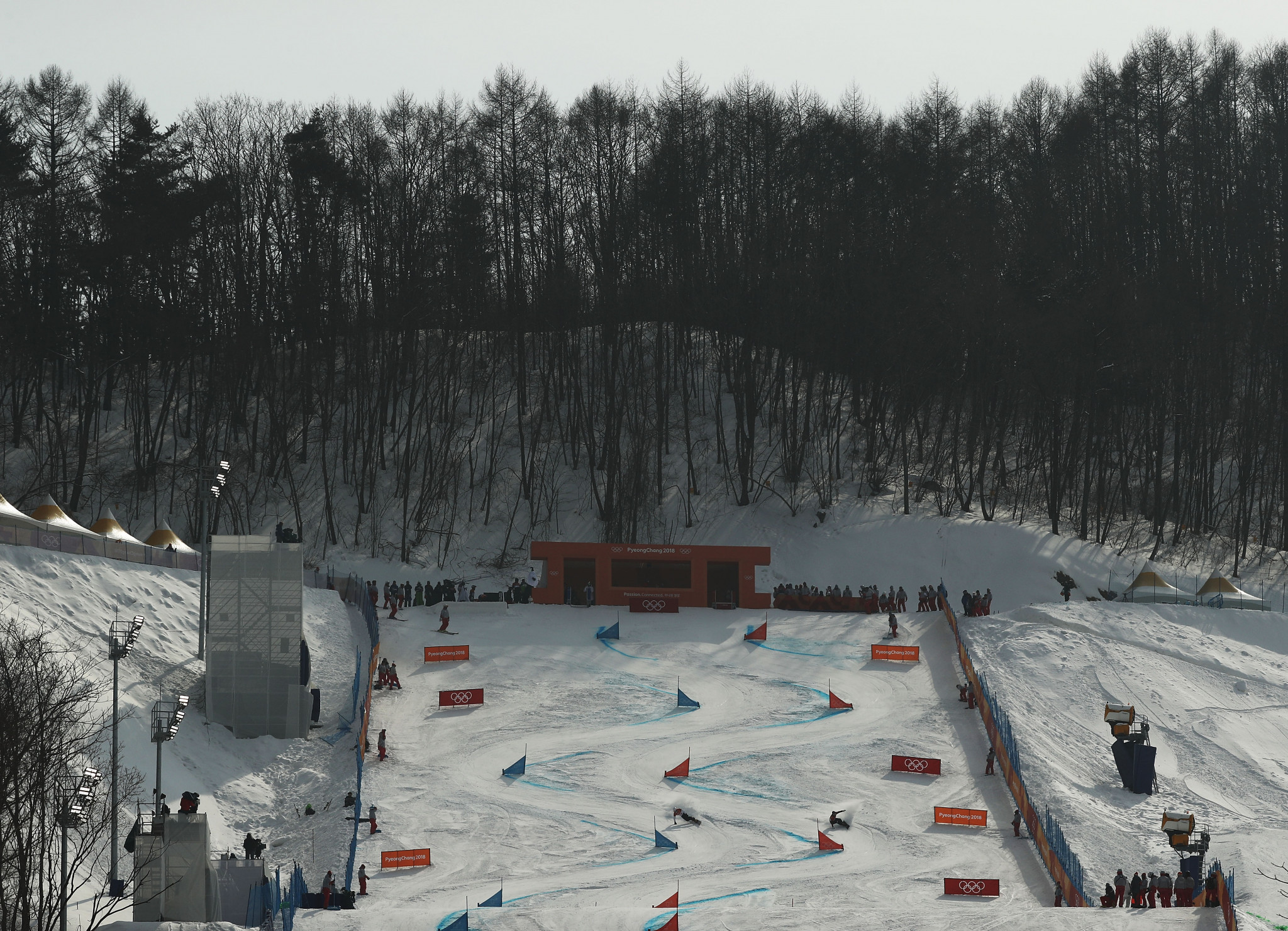 It marks the first time the tour has revisited an Olympic venue post-Games.

The biggest story of the weekend is set to be the return of Czech Republic’s Ester Ledecká to snowboard competition for the first time since December as the multi-talented athlete has spent the first part of 2019 competing in the FIS Alpine Skiing World Cup.

Having already won an Alpine skiing title in the super-G at Pyeongchang 2018, Ledecká topped the parallel giant slalom podium to become the first athlete in Olympic history to claim two gold medals at the same Games using different equipment.

The 23-year-old still 1,800 points in parallel giant slalom World Cup standings., despite her lack of action in the last six weeks, just 100 points behind Italian Nadya Ochner’s 1,900 at the top.

Among the other snowboarders to watch out for on the women’s side is Germany's Pyeongchang 2018 silver medallist Selina Joerg, who will no doubt be full of confidence following her gold-medal winning performance at the 2019 Freestyle Ski and Snowboarding World Championships in Utah in the United States.

Also likely to be in contention for success are Russia’s Natalia Soboleva, currently third in the parallel giant slalom World Cup rankings, and Switzerland’s Julie Zogg, winner of the parallel slalom gold medal in Utah and finished third at the World Cup test event in Pyeongchang back in 2017.

On the men's side, current parallel World Cup overall leader and Pyeongchang 2018 gold medallist Nevin Galmarini of Switzerland announced this week that he would be stepping away from racing for the rest of this season in order to heal an ailing back.

With Galmarini out of the picture and South Korea's Lee Sang-ho struggling to find his form in 2018-2019, Pyeongchang 2018 bronze medallist Zan Kosir of Slovenia may be the only Olympic podium athlete likely to be in the mix.

He too has yet to reach the podium this season, however.

On form coming into the event is Russia’s Dmitry Loginov, who managed to secure the parallel slalom and parallel giant slalom gold medals in Utah.

Though the 20-year-old finds himself well down the World Cup standings, he appears poised for a strong finish to the season.

Italy's Roland Fischnaller is the current parallel giant slalom World Cup leader with 1,810 points and comes to Pyeongchang with a world parallel slalom silver medal to his name.