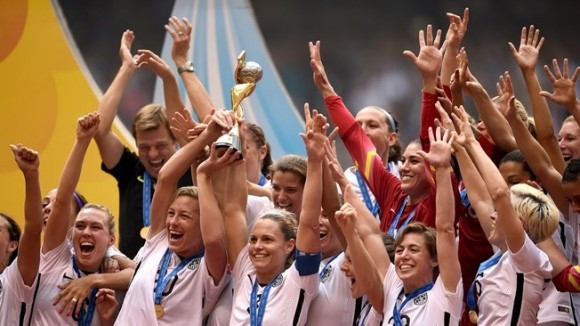 Members of the FIFA Council will select the host country for the 2023 Women's World Cup rather than the full Congress, world football's governing body has confirmed.

FIFA said in a statement that the 37-strong ruling body will decide the location of the 2023 tournament at a meeting in March of next year.

The confirmation means the vote will be held in secret, which is in stark contrast to how the 2026 men's World Cup host was chosen.

FIFA handed the responsibility to the Congress, instead of what was then called the FIFA Executive Committee, following corruption investigations into the 2018 and 2022 bid process, controversially won by Russia and Qatar respectively.

The organisation also made all of the votes public after the FIFA Congress chose the joint bid from the United States, Canada and Mexico in an attempted show of transparency.

That will not be the case when the Council comes to decide where the 2023 Women's World Cup will be held.

FIFA said yesterday that the bidding process was officially open and gave interested countries until March 15 to submit an expression of interest.

Australia and Japan have already publicly announced their intention to bid, with South Africa and Colombia among other potential candidates.

FIFA has set a deadline of April 16 for the submission of the completed bidding registration and has asked contenders to send the bid book, the signed hosting agreement and all other related documents by October 4.

"With our strong record of successfully hosting major events including the AFC Asian Cup 2015, we are confident of submitting a compelling bid for Australia to host FIFA Women’s World Cup."

Japan Football Association President Kohzo Tashima said it was the organisation's "utmost wish to work together with the related Ministries and organisations and win this bid".

"By hosting the FIFA Women's World Cup 2023, we believe we can enhance from Japan the attractiveness and the value of women's football to the world," Tashima added.

This year's Women's World Cup in France begins on June 7 and concludes on July 7.