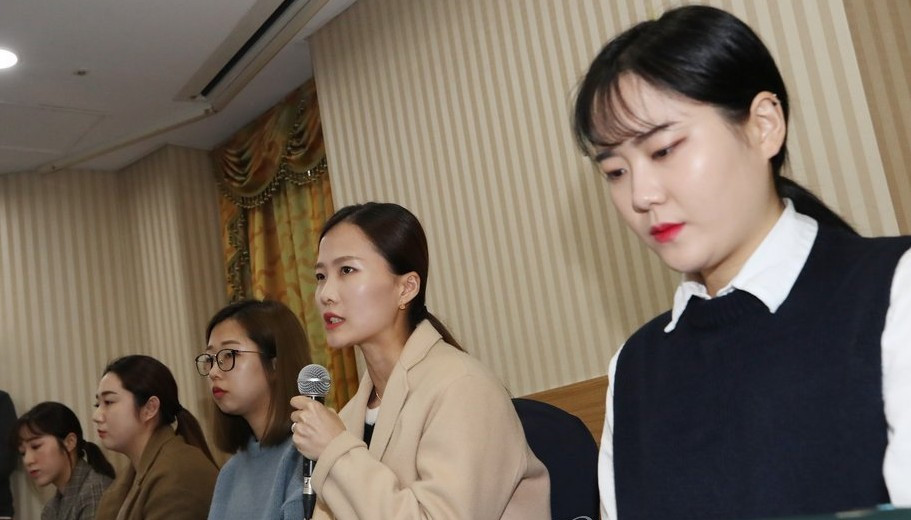 South Korea's women curlers, winners of an unexpected Olympic silver medal at Pyeongchang 2018, endured abuse by their coaches and have not received prize money due to them, the country's Sports Ministry investigation has concluded.

The Ministry has announced the findings of its five-week probe into allegations raised by members of the team.

The probe targeted South Korean curling's Kim Kyung-doo, former vice-president of the Korean Curling Federation (KCF), who in December announced his "sincere apology" to the athletes for verbally abusing them, and has since quit links with the sport.

The Yonhap news agency reported that allegations of abuse were confirmed against the curlers, who have yet to receive large sums of prize money from competitions and corporate sponsors.

Collectively dubbed "Team Kim" after the common surname of all members, the curlers captured the imagination of a nation largely unfamiliar with the sport.

But barely nine months after their glorious exploits, the curlers, led by skip Kim Eun-jung, claimed they had been subjected to unfair treatment and verbal and emotional abuse by curling coaches and officials.

The figure includes payments from the team's corporate sponsors following the Olympics.

Separately, of the unspecified amount of money Team Kim won at international competitions, the coaches were found to have embezzled some ₩30 million (£20,000/$38,000/€23,000) without distributing it to the athletes.

Kim admitted to accusations that he verbally abused members of the team, claiming he had been "unskilled" in expression.

Kim has denied the more serious accusations, including holding back donations and prize money from the team.

Kim's statement was sent to reporters hours before the Sports Ministry decided to extend its inquiry into the allegations by two weeks to look deeper into the suspicion of financial wrongdoings.

Kim's daughter, Kim Min-jung, was head coach of the women's team at the Pyeongchang 2018, and her husband, Jang Ban-seok, trained the mixed doubles team.

The Ministry claimed the Kim family misappropriated grants from central Government and the North Gyeongsang Provincial Government - the curlers were based in the Province in the Southeast part of the country.

Euiseong Curling Center in Euiseong, about 330 kilometres south of Seoul in North Gyeongsang, was hailed during the Olympics as the cradle of South Korean curling, but the Ministry concluded that Kim Kyung-doo pocketed a huge sum of money while in charge of the facility.

While he was serving his KCF post, Kim unilaterally rejected requests to discipline his daughter as curlers, also nicknamed the "Garlic Girls" because its remote Province famous for its garlic, cried foul over abuse.

The Ministry will ask police to look further into the officials' misconduct and will inform the National Tax Service of its findings regarding Kim's potential tax evasion.

That earlier apology aside, Kim and his family "didn't agree with" these findings, said Kang Jung-won, head of the Sports Cooperation Bureau at the Sports Ministry.

Kang added that the Ministry's special probe team reached its conclusions based on testimonies from other curling officials and relevant documents from the KCF.

Kim and his family may file an appeal against the Ministry, Kang said.

In response to these findings, Kim Yeong-mi, lead of Team Kim, said she and her team-mates felt a great weight has been lifted off their shoulders.

"We were pleased to hear that the claims we made earlier were found to be true," Kim said in a statement released by her agency, Brave & New.

"We'd like to thank our fans for their continued support.

"Hopefully, our team will only have good things happen to us from now on."

Kim said her team only suspected that their coaches were embezzling prize money and were "quite surprised" by the amount announced by the Ministry.