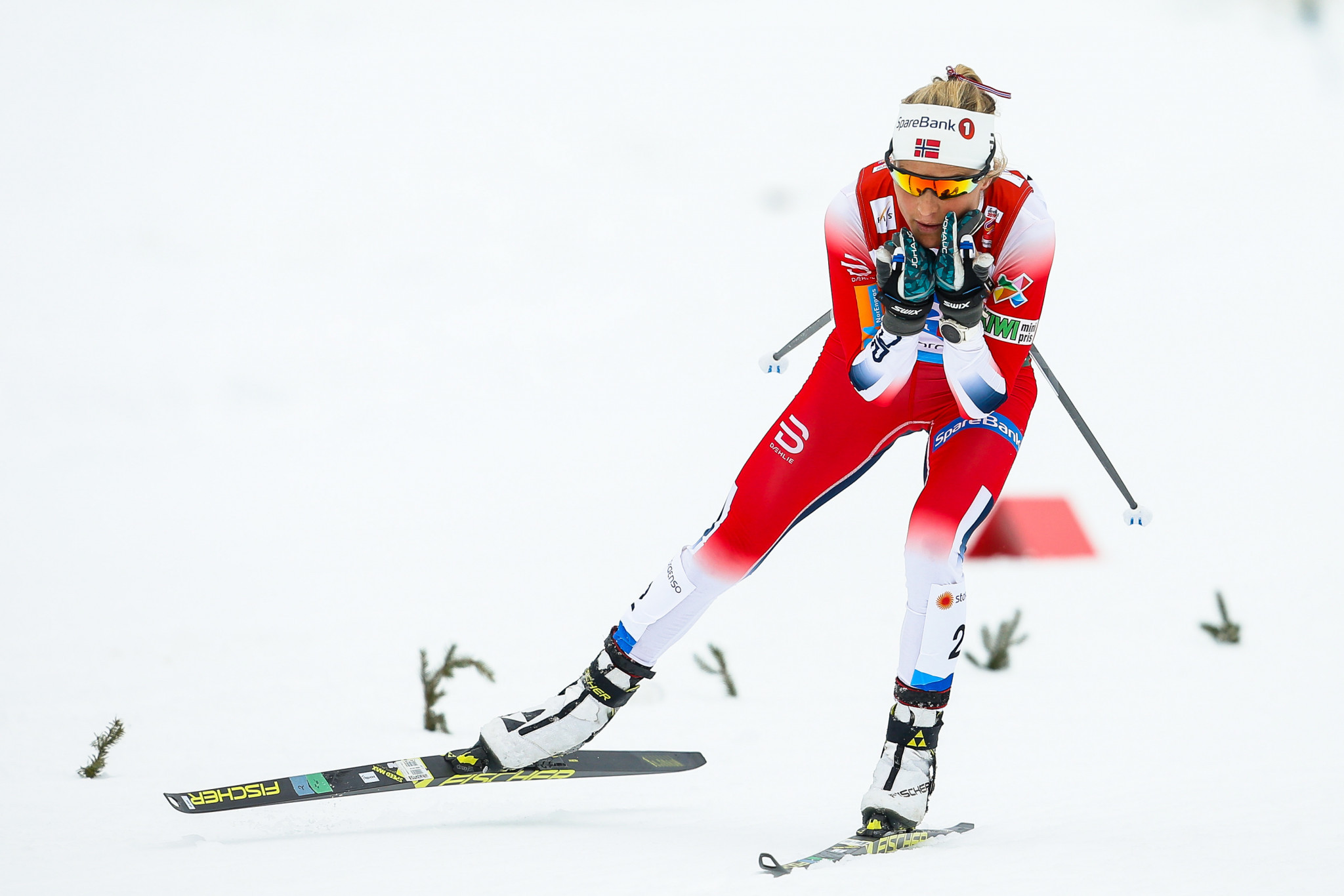 Therese Johaug completed a hat-trick of victories as she secured her third gold medal of the International Ski Federation Nordic World Ski Championships by winning the women's 30 kilometres freestyle race in Seefeld today.

Johaug continued her dominant run of form since returning from a doping ban as she crossed the line in a time of 1 hour 14min 26.2sec.

Victory for the 30-year-old Norwegian saw her claim her 10th world title and cemented her position as the world's top cross-country skier.

Johaug, winner of the 10km classical and 15km pursuit events in the Austrian resort, finished 36.8 seconds in front of team-mate Ingvild Flugstad Østberg.

The bronze medal was earned by Sweden's Frida Karlsson, who clocked 1:15:10.2.

Johaug had missed the last World Championships after she was suspended for two years following a positive test for anabolic steroid clostebol back in October 2016.

But she has returned in style at this year's event, building on her recent success on the World Cup circuit.

Today's race brought the women's cross-country competitions at the World Championships to a close, with only the men's 50km due to come tomorrow.

There was further Norwegian success on the penultimate day of the Championships as they reigned supreme in the team Nordic combined event.

Riiber outfought Germany's Vinzenz Geiger and Austria's Lukas Klapfer in a sprint finish to ensure Norway were crowned team world champions for the first time since 2005.

The Norwegian quartet crossed the line in a total time of 50min 15.5sec to defeat the German and Austrian teams, who took home silver and bronze medals respectively.

The quartet scored a huge 1012.2 points to seal top spot ahead of Austria's Eva Pinkelnig, Philipp Aschenwald, Daniela Iraschko-Stolz and Stefan Kraft, who finished with 989.9 points.