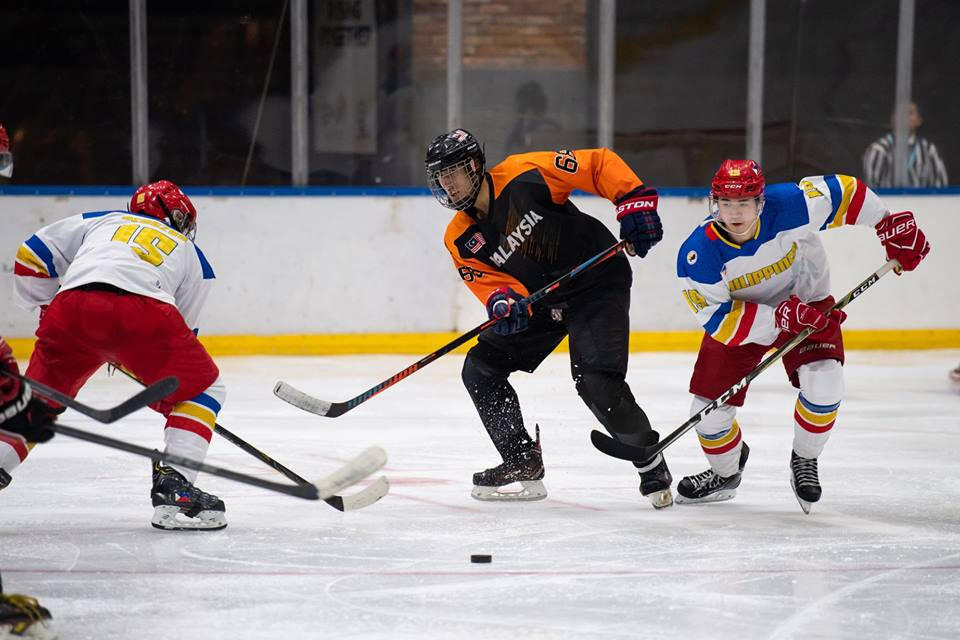 The Philippines beat hosts Malaysia 7-4 at the International Ice Hockey Federation Challenge Cup of Asia in Kuala Lumpur to go second in the strongest group - Group A - behind defending champions Mongolia.

Malaysia twice held a two-goal margin over the Philippines, at 2-0 and 4-2, but after the latter side had drawn level at 4-4 two goals from John Fuglister - who finished with a hat-trick, tipped the match at the at the Malaysia National Ice Skating Stadium decisively.

In today’s other result, Macau came from behind twice to beat Indonesia 4-3 in their Group B match.

Muchammad Alqaeda restored the Indonesian lead, only for Chan Ka Lok to make it 2-2..

An eventful opening period ended with Macau 3-2 ahead thanks to Katsuyoshi Shinoda.

But soon after the start of the second period Indonesia were level again thanks to a score from Jonathan Nugraha.

The decisive goal came just before the end of the second period, from Kit Wong.

In the final two group matches tomorrow Mongolia are due to meet the Philippines, whom they lead only on goal difference, and Macau play bottom side Oman with the chance of replacing Indonesia, who have completed their qualifying matches, at the top of Group B.