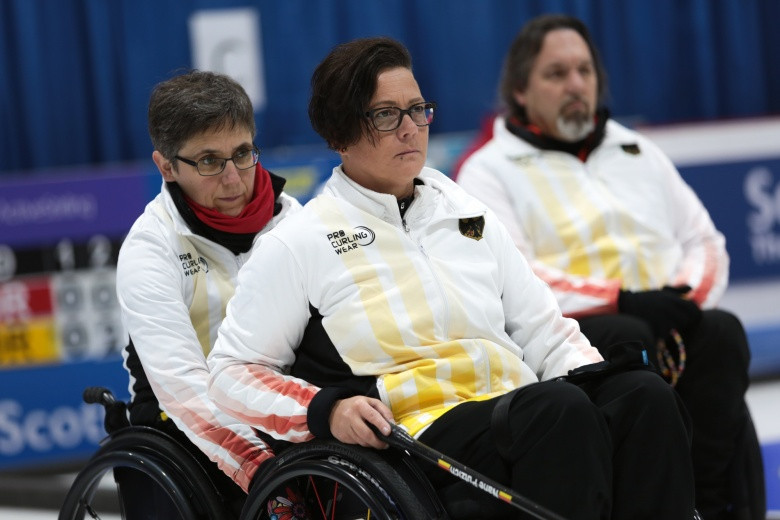 After five losses in a row, Germany secured their first win at the World Wheelchair Curling Championships in Stirling, Scotland, when they defeated Switzerland 7-2 in this afternoon’s tenth session.

A single point steal in the seventh end was enough for Switzerland to concede with the score, 7-2.

A relieved Christiane Putzich, the German skip, said afterwards: "After five losses it’s very hard to come back every day and try to give your best.

"It was very difficult in the morning today, but we were very focussed and tried to keep the play very easy, concentrate on every shot and it worked.

"We tried to keep it very simple so everyone could concentrate on their job.

"It was a great team effort."

More athletes at the #WWhCC2019 stopped by the #CurlClean outreach booth to pledge their support #curling pic.twitter.com/GGDCG7nJ3f

South Korea defeated reigning world champions Norway 6-2 for their third win of the week, although Norway remained clear at the top of the round robin standings with a 5-2 record.

Canada picked up their second win in a row, and second win of the week, when they defeated Slovakia 8-7.

In the session’s final game, Scotland survived a second half fight back from United States to win their fourth game by a score of 7-6.

A score of three points in the last end was enough for Scotland to secure the win and push themselves up the table into the top half and play-off picture.

The round-robin stage is due to continue until Friday (March 8).

Teams ranked first and second at the end of the round robin progress directly to the semi-finals.

Bronze and gold medal finals are scheduled to be held on Sunday (March 10),