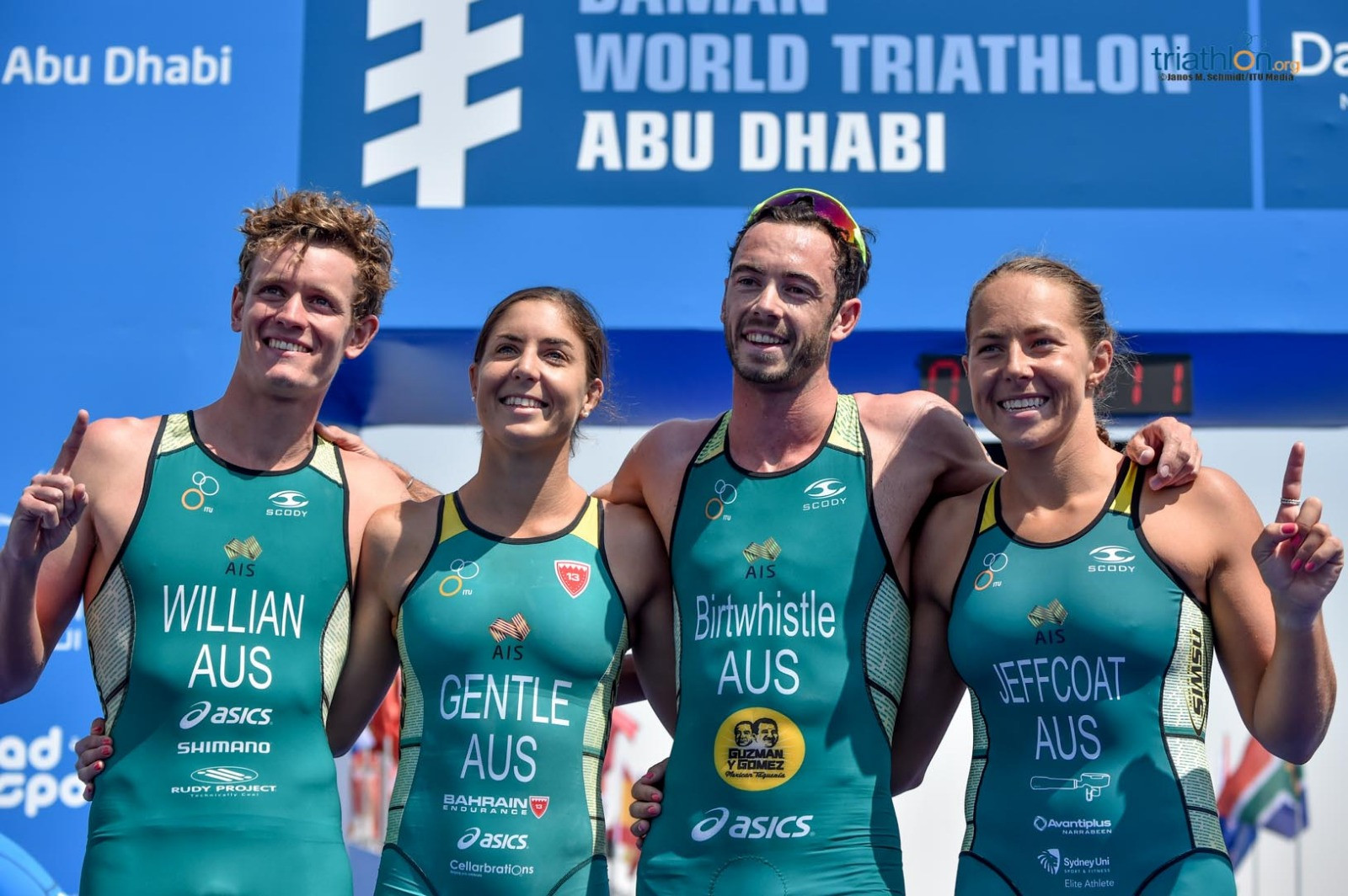 New Zealand came home to take bronze on the Yas Marina course on the International Triathlon Union's flagship circuit after a penalty imposed on the last leg had taken France out of contention.

"I think we all played to our strengths and we had no weak legs - it's pretty epic to line-up like this," said Australia's Emma Jeffcoat, who claimed gold along with Birtwhistle, Luke Willian and Ashleigh Gentle.

Birtwhistle added: "I've been the anchor before and I am thankful for a strong team.

"This is a first for this line-up and it's great to be able to take it home."

Among the big names setting out in the first leg were Britain's world champion Vicky Holland, Italy's Angelica Olm, Rachel Klamer of The Netherlands, the individual winner of a year ago, and Gentle.

But it was the previous day's individual silver medallist, Taylor Spivey, who delivered the goods, getting onto the bike first alongside Brazil's Vittoria Lopes before pulling away to create a 20-second lead for the US.

This was down to five seconds as she handed over to Ben Kanute at the end of the run.

Kanute was overhauled during his run by Willian and Germany's Valentin Wenz.

As the second woman in the team, Jeffcoat and the US athlete who had won the individual title on the previous day, Katie Zaferes, made huge gains in the swim as Germany dropped back.

On the final leg, Hemming came out of the water with an 18-second lead over Birtwhistle as Germany were challenged for bronze by France, but the latter team dropped out of contention as one of five obliged to stop for specified periods during the race after incurring penalties for earlier infringements.

France's Leo Bergere had consolidated bronze position after one lap of the run, but a 20-second penalty did for his team's medal chances and Hayden Wilde came through to capitalise for New Zealand.

Birtwhistle powered past Hemming with 1,500 metres to go before finishing in 1 hour 24min 16sec.

The US took silver in 1:24.21 with New Zealand ten seconds behind them.

Bergere took fourth place ahead of Germany, Italy and Britain.

"Jake is not a guy you want hunting you down but I'm happy with the result," said Hemmings.