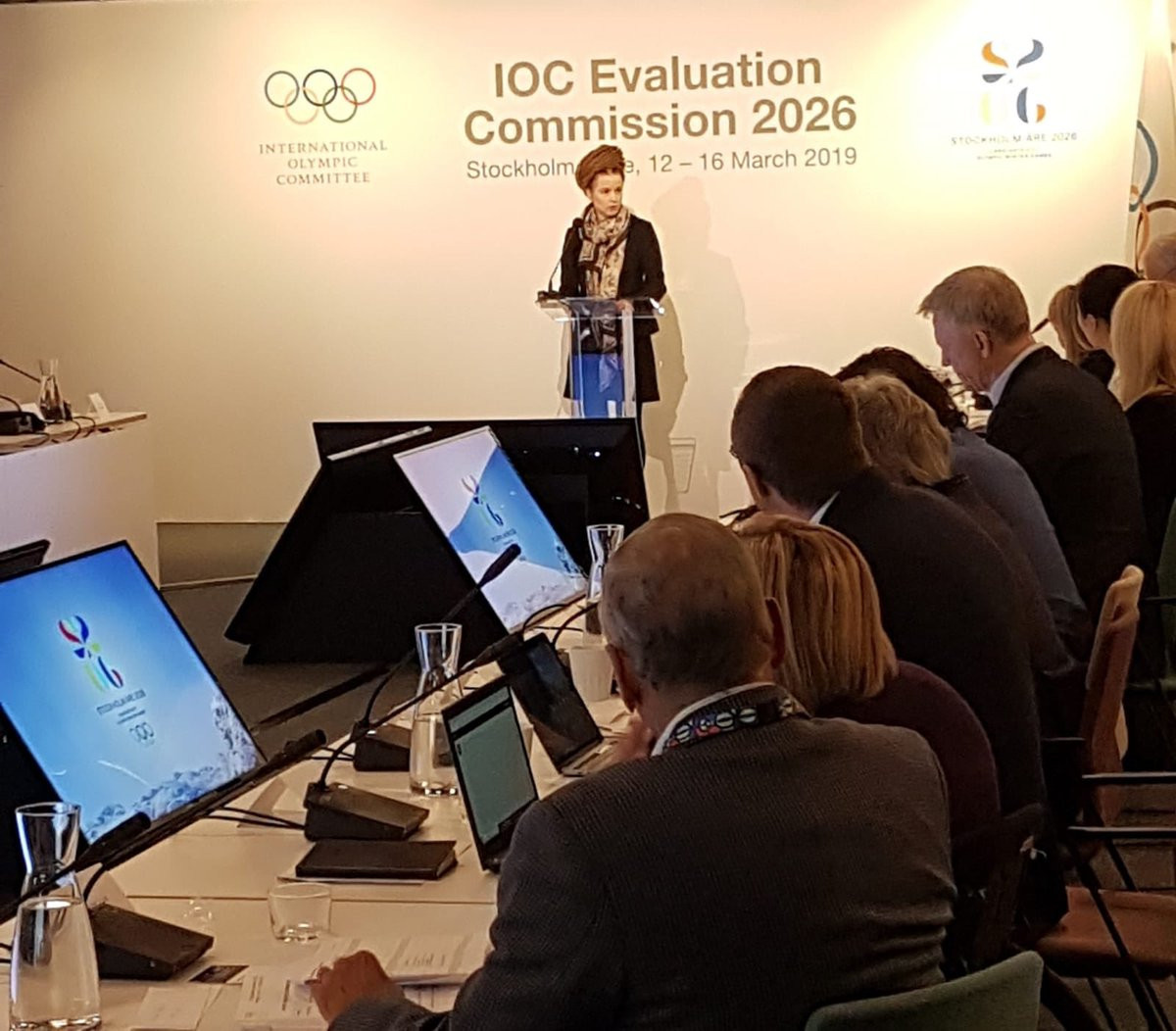 Sweden's Government will meet next month's deadline for providing information on the guarantees required by the International Olympic Committee (IOC) for the bid from Stockholm Åre 2026 - but refused to say whether or not the outcome would be positive here today.

So far, the Government in Stockholm have not offered any firm assurances they will back the campaign to host the Winter Olympic and Paralympic Games in 2026 by providing the guarantees on things like security and entry visas into the country which are required by the IOC.

Under the rules of the candidature stage, both Stockholm Åre 2026 and its only rival, the joint bid from Milan and Cortina d'Ampezzo, are due to submit the complete guarantees to the IOC by April 12.

Sweden's Minister of Sport and Culture Amanda Lind confirmed today after addressing the IOC Evaluation Commission currently inspecting the Stockholm Åre 2026 bid that they are aware of that deadline and would meet it.

"Yes, of course, we are processing our decision right now," she said when insidethegames asked whether Sweden's Government would have an answer by then.

But she refused to confirm whether the guarantees, particularly on the multi-million dollar security budget, would be provided.

"That is part of the decision we have to make," she said.

She followed Stockholm's Mayor Anna König Jerlmyr, who had also failed to fully pledge her support, going only as far as to say her city would be "happy to provide and lease our facilities" to stage the Olympic and Paralympic Games.

Lind started her address by telling the IOC Evaluation Commission that the bid "must be built on the commitment of the Swedish Sports Movement".

Sweden had been in a period of political hiatus in the aftermath of the inconclusive election last year until Stefan Löfven was able to form a Government in January.

The administration is a coalition of Social Democrats and the Green Party, who Lind represents.

Political opinion remains split at both national and city level about whether there should be backing for Stockholm Åre 2026.

A centre-right and Green coalition has been in power in Stockholm since September and has refused to back the bid.

It is a similar situation at state level.

Stockholm Åre 2026 bid leaders have been trying to convince politicians that under Agenda 2020, the reform package launched by the IOC in December 2014, they can organise an Olympic Games putting the emphasis on sustainability and efficiency.

Lind did start her presentation by praising Agenda 2020, claiming "this opened the scope to organise the Games in a sustainable manner".

But it remains the case that it would be impossible for Stockholm Åre 2026 to organise the Games without the Swedish Government underwriting the cost of security.

"We're progressing really well, and as you know they took time from the election until the Government was formed in Sweden," he said.

"But since the Government has been formed they have been working very efficiently and putting a priority on looking into all the aspects of guarantees that are required from the Government, so that's on track."

Christophe Dubi, the IOC's executive director of the Olympic Games, had told insidethegames in Falun yesterday that it would not mean the end of the Stockholm Åre 2026 bid if they missed the April 12 deadline.

It remains possible that the Swedish Government could agree to some of the guarantees but ask for more time to investigate some of the others, including underwriting the security budget.