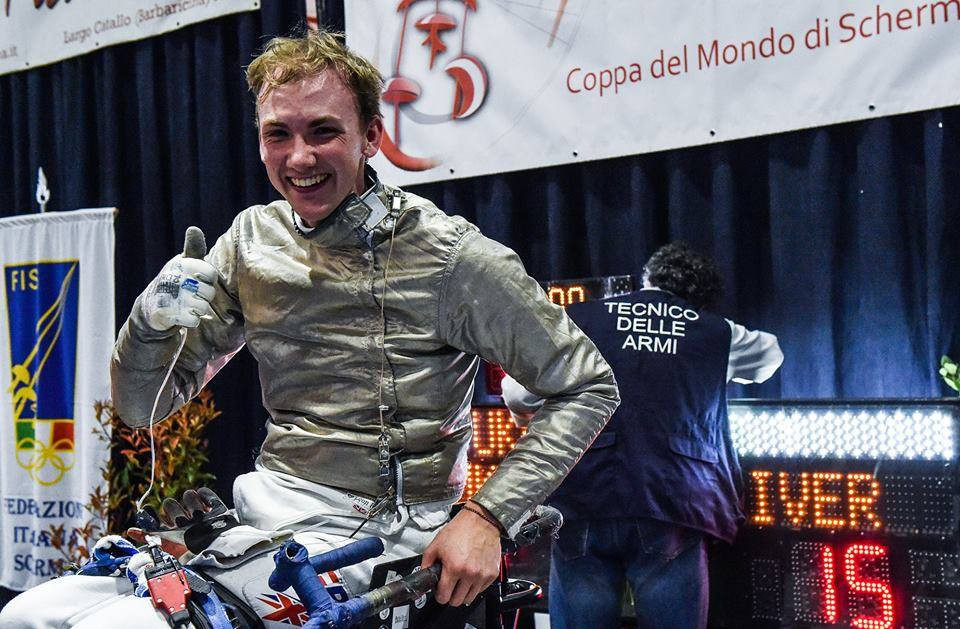 Gilliver, a Paralympic and world silver medallist in men's épée, beat Ukraine's Andrii Demchuk 15-12 in the final at the Via Federico Chiarugi.

He had earlier defeated Italy's Edoardo Giordan 15-4 in the semi-finals.

Joining Giordan on the third step of the podium was Russia's Maxim Shaburov, who lost 15-13 to Demchuk in the other last-four encounter.

Coming into the event, where qualification points for the Tokyo 2020 Paralympic Games are on offer, Gilliver stated he was keen to improve in sabre.

"I've only been training in this for a couple of years and so I'm keen to keep progressing and increasing my sabre podium appearances," he said.

Also coming out victorious today was China's Bian Jing in the women's épée category A event.

There was also success for China in the men's foil category B competition.

Today's one other winner was Thailand's Saysunee Jana in the women's épée category B event.

She defeated Russia's Viktoria Boykova 15-9 in the final.

Action in Pisa is due to continue tomorrow.