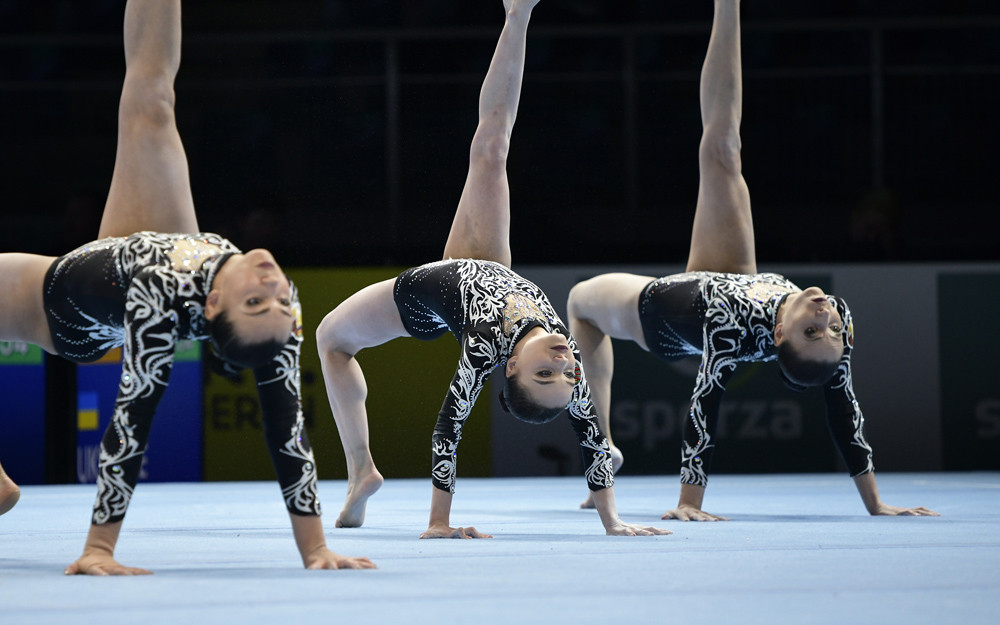 World silver medallists Karina Sandovich, Veranika Nabokina and Julia Ivonchyk will lead a strong Belarusian challenge in the women’s group competition as the International Gymnastics Federation (FIG) Acrobatic World Cup returns to the United States for the first time in a decade this weekend with an event in Las Vegas.

Belarus provides three of the six teams competing at the event, due to take place at the Rio All-Suite Hotel and Casino from tomorrow through to Sunday (March 24).

But Ivonchyk revealed her team will approach the competition separately.

"We all train in different cities and we work together only before main events," the 24-year-old said.

"Those six girls are around the same age and they have the same interests, whereas our group is older and more experienced.

"Our programme is more difficult, although artistically it’s the same.

"The atmosphere in our team is friendly and we support each other, but in the competitions we are different groups."

The absence in Las Vegas of Russia's Daria Chebulanka, Kseniia Zagoskina and Anastasiia Parshina will be a welcome boost to all nine competing Belarusian gymnasts.

Described by Sandovich as "our main rivals", Chebulanka, Zagoskina and Parshina have won both gold medals so far in this FIG Acrobatic World Cup series - denying their Belarusian rivals each time.

In Azerbaijan's capital Baku in November, the trio took the gold medal ahead of second-placed Sandovich, Nabokina and Ivonchyk, who had been ranked first after the qualification round.

Then in Maia in Portugal earlier this month, they once again topped the podium with the Belarusian team having to settle for the bronze medal.

It has been an impressive showing from the Russians, who have seamlessly replaced previous Polina Plastinina with Parshina since winning the gold medal at last year’s World Championships in Antwerp in Belgium.

"The aim is to make our programme without any mistakes and hopefully that will get us a medal," Sandovich added.

"We just want to do it like we do in training and stay calm."

In the men’s group contest, the Portuguese quartet of Frederico Silva, Henrique Silva, Miguel Silva and Henrique Piqueiro will be aiming to repeat their gold medal-winning performance from Maia.

As for pairs competition, World Games champions Tim Sebastian and Michail Kraft of Germany will be looking to improve on their silver medal from Maia in the men's event, while the US's Emily Davis and Aubrey Rosilier will be hoping to make the women's podium in front of a home crowd.

Qualification in Las Vegas is due to take place tomorrow and Saturday (March 23) before the finals are held on Sunday.