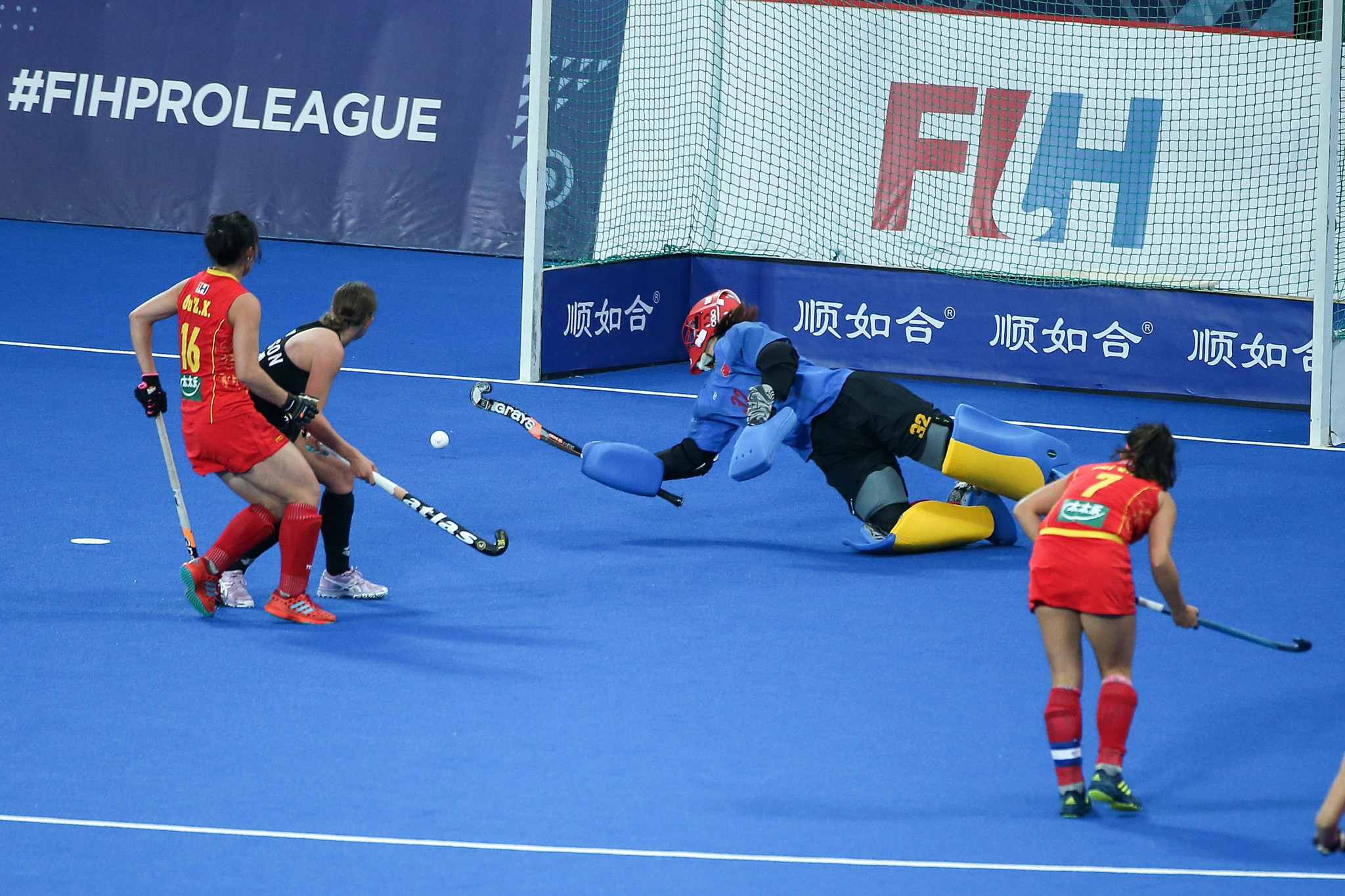 China bounced back from yesterday's loss to Argentina with a 5-3 win over New Zealand in a thrilling women's International Hockey Federation Pro League encounter in Changzhou.

New Zealand threatened a comeback when they reduced the deficit to 3-2 and then 4-3 before China scored again late on to seal maximum points.

Cui's diving penalty corner deflection put China ahead inside the opening 10 minutes before Zhang doubled their lead early in the second quarter.

Gu seemingly put the result beyond all doubt when she scored the home side's third but penalty corner efforts from Stacey Michelsen and Shiloh Gloyn brought New Zealand back into the contest.

Guo Qiu briefly restored China's two-goal advantage before Rose Keddell made it 4-3 to set up a tense finale.

China then won a penalty corner in the dying seconds of the match and Gu found the net with her second goal to secure victory for the hosts.

"I’m very excited as we did very well and I’m very happy with the result," said player of the match Cui.

The Pro League resumes with a women's match between the United States and Belgium in Pennsylvania next Friday (March 29).