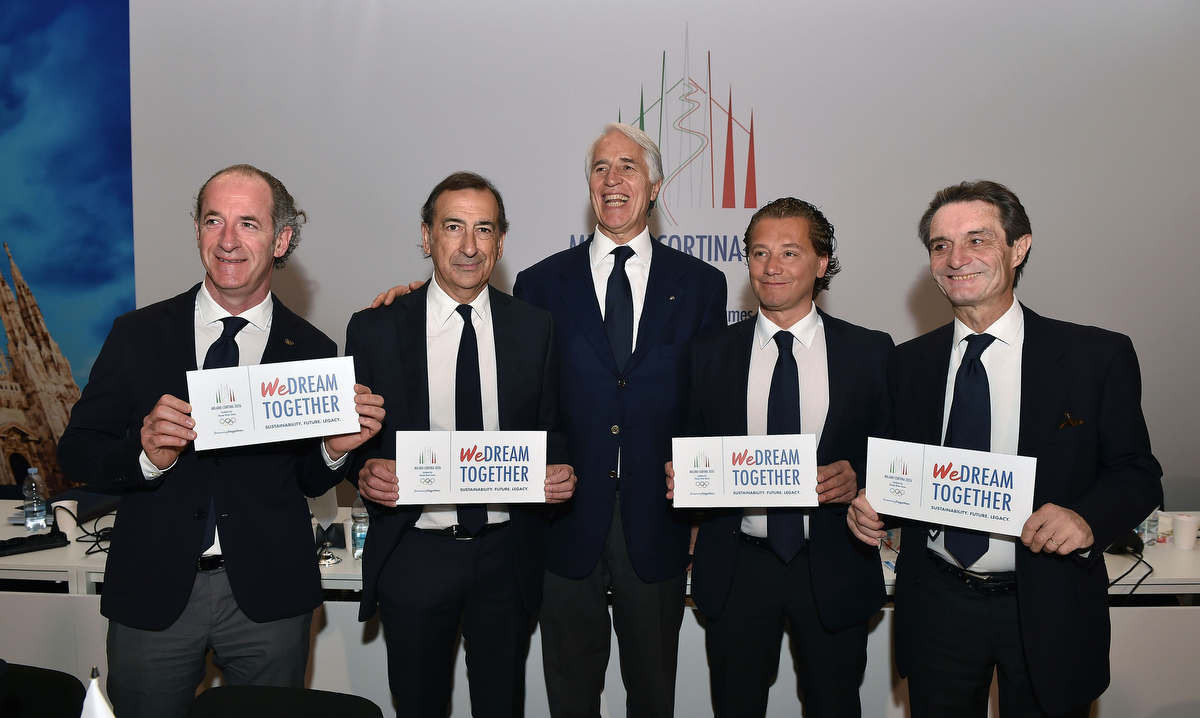 Milan and Cortina d'Ampezzo's bid for the 2026 Olympic and Paralympic Games has received a massive boost with the publication of an opinion poll that shows 83 per cent of Italians support it.

The survey, commissioned by the International Olympic Committee (IOC), found even more people in Milan support it – 87 per cent.

The figures are significantly higher than a similar poll conducted in Stockholm, where the Swedish capital is bidding along with Åre.

There it found 55 per cent of those polled in Sweden supported their bid.

The nationwide poll, conducted by French company, Publicis Media, between February 7 and 19, asked 2,515 people across Italy and 613 in Milan whether they were in "favour of Milan/Cortina hosting the Olympic Winter Games in 2026".

Nationally, only four per cent were against it and 13 per cent neutral.

"After our five days here, we can say that the overwhelming popular support demonstrated by the latest IOC poll is not a surprise," IOC Evaluation Commission chair Octavian Morariu said as they ended their five-day inspection visit.

Support for the bid has risen since the last IOC-commissioned poll taken when it was a three-city bid that also involved Turin before they pulled out found that 81 per cent of Italians supported it.

In Veneto, where Cortina is located, 80 per cent were in favour with three per cent against.

In Lombardy, where Milan is, support for is 81 per cent and five per cent against.

"We were also impressed by the broad political support from all levels of Government for this project," Morariu said.

"Everywhere we’ve been, we were warmly received by local authorities and community representatives.

"The presence of all possible stakeholders is proof of the unity that is always necessary to the development and success of a candidature."

Combined with having received official confirmation yesterday from Italian Prime Minister Giuseppe Conte that the Government had authorised the guarantees required by the IOC, including the security budget, estimated at €415 million (£355 million/$465 million), this poll gives Milan Cortina 2026 a clear lead over its Swedish rivals.

Morariu revealed today that the IOC Evaluation Commission report is due to be published on May 24, one month before the final vote at the IOC Session in Lausanne on June 24.

Milan Mayor Giuseppe Sala promised he would throw his full support behind the campaign in the next two-and-a-half months.

"The important thing is to participate, but we want to win", he said.

Luca Zaia, the Governor of Veneto, even issued a warning to the Italian media not to undermine the bid.

"The data on the consensus at the Olympics are a great warning to the political world, there is no longer any doubt that Italian citizens support the bid," he said.

"You are the team too, if someone starts running this stuff down it doesn't work any more.

"We have to work together on the ground, until June 24.

"You have the opportunity to show Italian pride.

"Give us a hand, let's help each other."