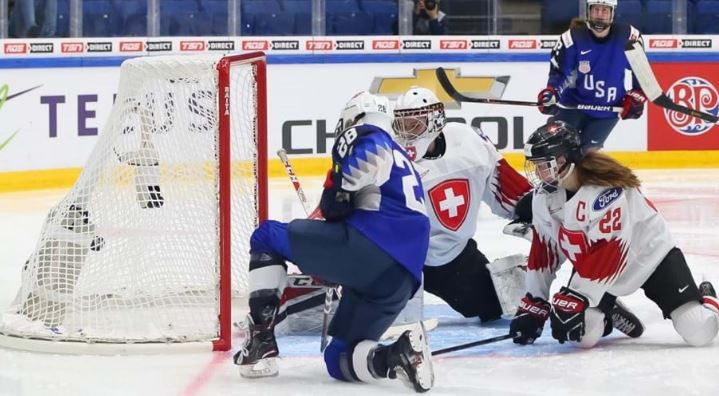 The United States tonight underlined their ambition of earning a fifth consecutive gold medal at the International Ice Hockey Federation’s Women’s World Championships as they maintained their perfect record with an 8-0 win over Switzerland at Espoo Metro Areena in Finland.

The Olympic champions are firmly established at the top of the superior Group A following their opening win over the hosts – where they came back from a 2-1 deficit by scoring five times without reply in the final 20 minutes – and a predictably tense 3-2 win over Canada, the only other winners of the world title, who they defeated in overtime in the Pyeongchang 2018 final.

The defending champions took a 3-0 lead in the first third, added another goal in the second and concluded with four more goals in the third period.

Megan Keller, Amanda Kessel and Dani Cameranesi each scored twice, the other goals coming from Alexandra Carpenter and Hilary Knight.

All teams in Group A will progress to the quarter-finals, where they will be joined by the top three nations from Group B – and in the match played earlier today Sweden improved their chances of progress as they battled back from 1-0 down to defeat France 2-1.

Lara Escudero scored early for the French, but Sweden responded with goals from Melinda Olsson and Pernilla Winberg that secured a win which means France, who are without a point with one game remaining, will be relegated to Division One.