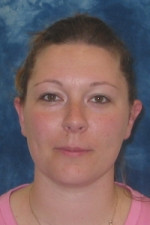 Cormenier hit 44 targets out of 50 to triumph at the Equestrian, Shooting and Golf Club.

She beat nearest challenger Kirsty Barr of Great Britain by a margin of three.

Both Cormenier and Barr have secured Tokyo 2020 Olympic quota places for their countries in the event.

As by now you already know, best 2 have qualified a spot for their team in #Tokyo2020. These are:

See you next Summer!

Rounding out the top three was Italy’s Silvana Stanco with 33 targets.

Also taking place today was the first part of qualification in the men’s trap competition.

Malta’s William Chetcuti was one of 11 shooters to manage a perfect total of 50 targets from the first two rounds.

The second part of qualification and final is scheduled for tomorrow.