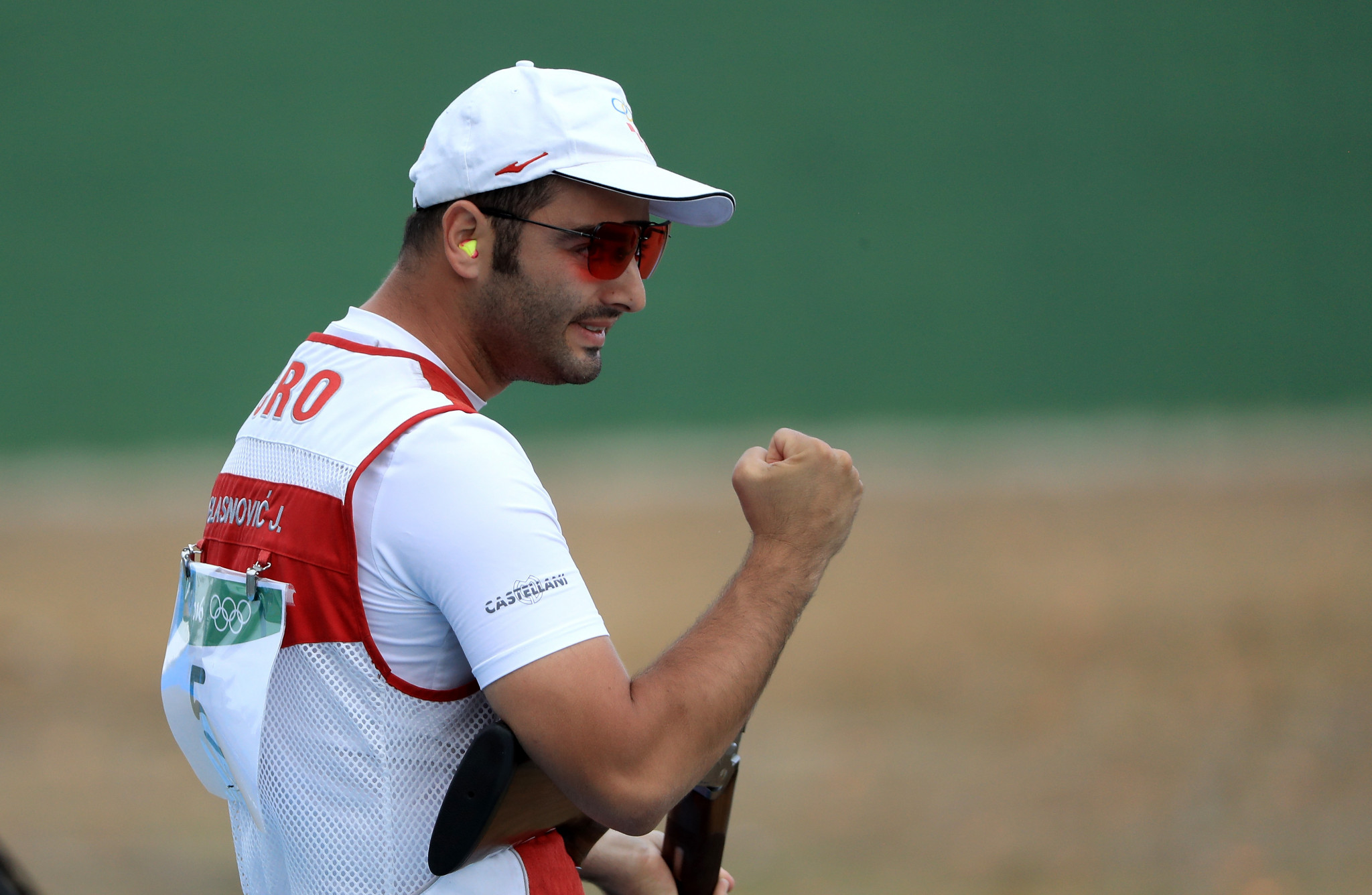 The Croat completed a perfect qualification round, managing 125 targets out of 125, before going onto beat Thailand's Savate Sresthaporn 9-8 in a shoot-off in the final after the two finished tied on 47 out of 50 at the Equestrian, Shooting and Golf Club.

Both Glasnović and Sresthaporn have secured Tokyo 2020 Olympic quota places for their countries in the event.

Rounding out the top three was Germany’s Paul Pigorsch with 34 targets.

Action in Al Ain is due to continue tomorrow.

Trap mixed team qualification will be followed by the final.

There will then be two rest days before competition resumes on Saturday (April 13).

The men’s and women’s skeet events will be spread across three days through to Monday (April 15).