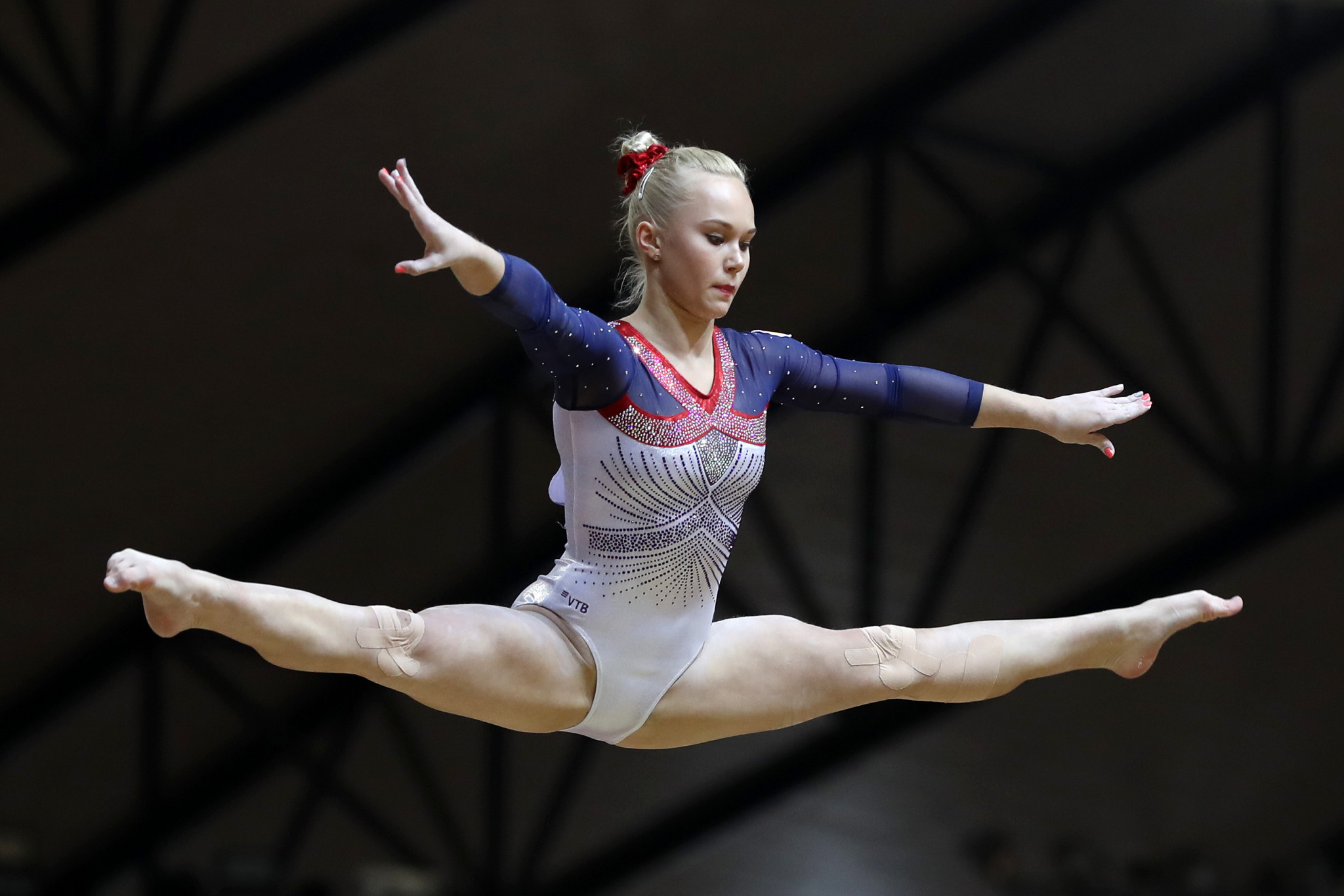 Just behind Kinsella were fellow Britons Ellie Downie and Amelie Morgan with totals of 53.965 and 53.699, respectively.

Some 30 gymnasts have qualified for the final scheduled to take place tomorrow after the men’s all-around final.

The qualifiers for the women’s individual apparatus finals were also determined today.

Downie was the best performer in vault with 14.366 points, while Sweden’s Jonna Adlerteg led the way in uneven bars with 14.666.

The other table toppers were Italy’s Giorgia Villa in balance beam with 13.766 points and Britain’s Claudia Fragapane in floor exercise with 13.600.

Melnikova came sixth in vault with 14.099 points and second in both the uneven bars and floor exercise with 14.600 and 13.533, respectively.

The individual apparatus finals for both men and women are due to be held on Saturday (April 13) and Sunday (April 14).