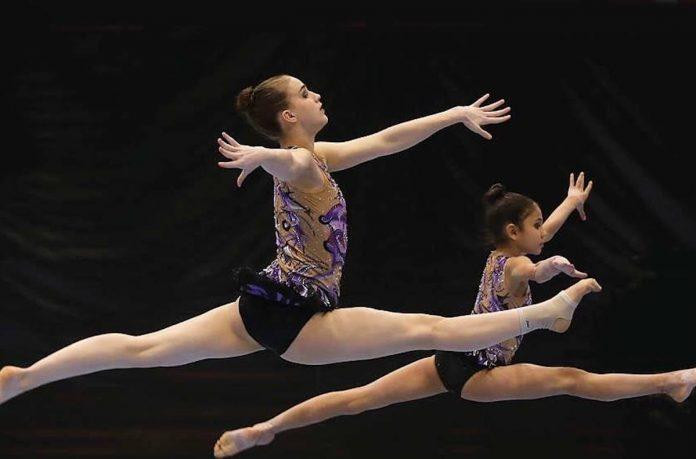 The duo are seeking their third successive World Cup women's pairs victory this season, having triumphed in Las Vegas and Maia already.

Today they took a step closer to doing so, leading the qualification event at Sportcomplex De Vrijhals with a score of 27.700 points.

Russia's Aliia Salakhova and Diana Tukhvatullina finished second with 27.550 points, while Emily Davis and Aubrey Rosilier of the United States were third with 27.410 points.

Ukraine's Yuliia Pylypiak and Oleksandra-Mariia Tabachynska, who were making their seasonal debut, came in fourth with 26.730 points.

There was success for Russia in the men's and mixed pair all-round qualification events.

Timofei Ivanov and Maksim Karavaev topped men's qualifying with a score of 29.080, while compatriots Victoria Aksenova and Kirill Startsev led the mixed pair event with 28.890.