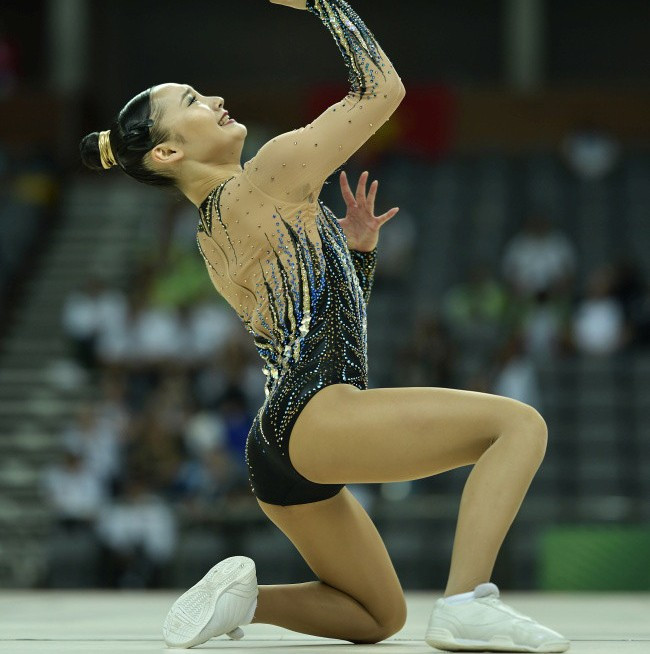 Both scored 22.350 at Ota City General Gymnasium in the Japanese capital.

In third was Hungary's Daniel Bali with 22.150 points.

Bali had won the men's individual competition at the last World Cup in Cantanhede, as well as the mixed pairs and trios final.

There was further delight for the home crowd when world champion Kitazume scored 21.400 in the women's individual qualification round.

She was trailed by two Russian gymnasts, with Ekaterina Pykhtova and Anastasiia Ziubina scoring 21.200 and 21.050 points, respectively.

Despite finishing third in the men's individual, there was success for Bali in pairs and trios qualifying.

In the pairs, Bali and compatriot Fanni Mazacs scored 22.100 to lead, while the same duo and team-mate Balazs Farkas topped the trios leaderboard with 21.996.

The finals in each competition will take place tomorrow.