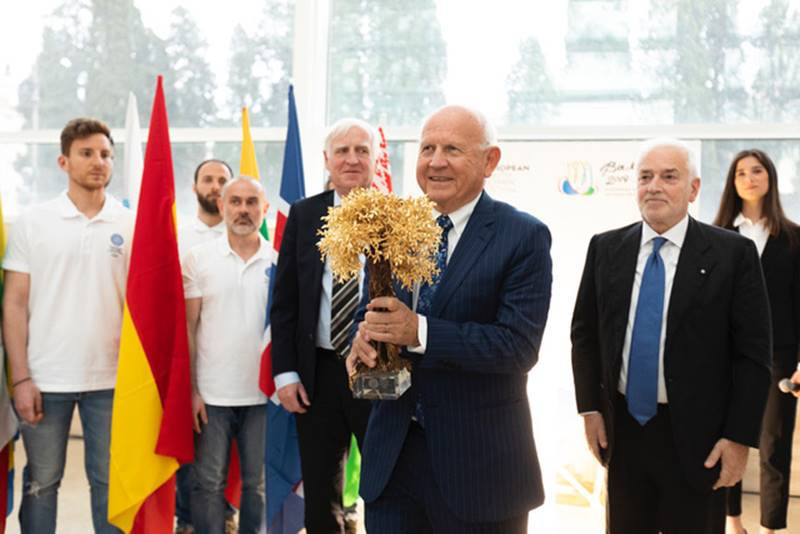 The Flame of Peace for the Baku 2019 European Youth Olympic Festival (EYOF) was lit at a "Shine Ceremony" held at Ara Pacis Augustae in Rome.

The ceremony was held 100 days before the start of the Festival.

Representatives from the European Olympic Committees (EOC), the local Organising Committee for the EYOF and regional dignitaries were present.

“We are convinced that Baku 2019 will be one of the best, if not the best, European Olympic Festivals in history,” said Kocijančič.

“There are not many nations in the world with such excellent infrastructure as Azerbaijan and we have already had great experiences in Baku, with a splendid first edition of the European Games and the Islamic Solidarity Games and F1, which I also attended, that were organised in a perfect way.

"I expect this 15th edition of the EYOF to be the best yet.”

Present from the host country was the Youth and Sports Minister Azad Rahimov, who is also deputy chair of the Baku 2019 Organising Committee, and the vice-president of Azerbaijan's National Olympic Committee, Chingiz Huseynzada.

The ceremony was held in Ara Pacis because the monument was built by Emperor Augustus to celebrate peace throughout the Roman empire.

Giancarlo Giorgetti, Undersecretary of State to the Presidency of the Council of Ministers and Carlo Mornati, secretary general of the Italian National Olympic Committee, were representing the Italian Government.

The seven days of competition will feature 10 sports at 12 competition venues, with wrestling joining the programme for the first time.

Around 3,600 athletes and team officials from all 50 ENOCs are expected to take part, assisted by 2,500 volunteers.