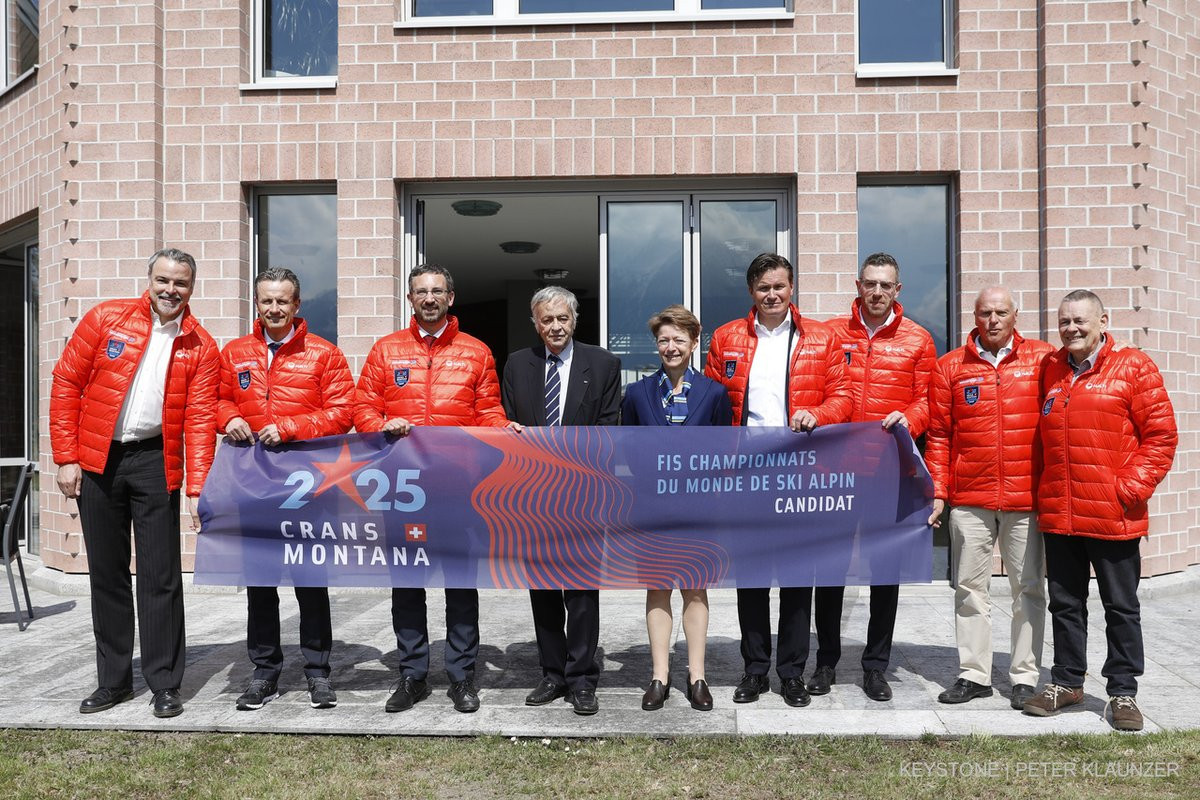 A delegation from Crans-Montana, Swiss-Ski and the canton of Valais has officially submitted a bid for the 2025 International Ski Federation (FIS) Alpine World Ski Championships.

"Switzerland is an Alpine country that has some of the richest traditions and we are fighting to attract the World Championships here again in 2025,” said Lehmann.

The Crans-Montana 2025 candidacy will have from the closure of the application period on May 1 until the end of August to return a detailed questionnaire to FIS which covers more than 20 topics.

The FIS inspection group will then meet the candidates during FIS technical committee meetings in October.

Crans-Montana will find out if its bid has been successful during the FIS Congress at Royal Cliff in Thailand from May 24 to 30.

Only one other candidate has submitted a bid so far, with Saalbach in Austria in the running having lost out to Courchevel-Méribel for the 2023 FIS World Championships.