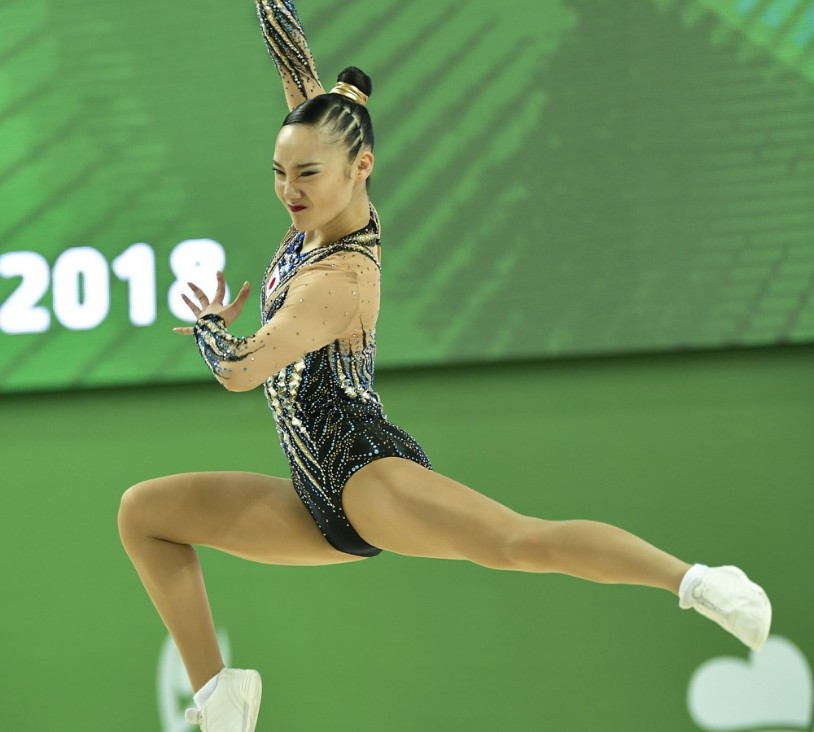 Kitazume triumphed in the women's individual at Ota City General Gymnasium with a score of 21.550.

Russia took silver and bronze through Ekaterina Pykhtova and Anastasiia Ziubina, who scored 21.000 and 20.950, respectively.

There was disappointment for Kitazume's compatriot, Mizuki Saito, in the men's individual.

Despite missing out on victory in that category, Bali took gold in the pairs and trios.

He scored 22.150 alongside compatriot Fanni Mazacs in the pairs.

The Vietnamese team of Le, Tran, Vuong, Nguyen Viet Anh and Nguyen Che Thanh then completed the full set of medals for their country, taking gold in the groups.