Singapore extended their lead at the top of the table in the International Ice Hockey Federation’s Women’s Challenge Cup of Asia in Abu Dhabi today with a 5-2 win over Malaysia.

On the opening day Singapore produced one of two surprise results by defeating the 2018 silver medallists, New Zealand under-18, 5-2.

Earlier in the day reigning champions Chinese Taipei were beaten 3-2 by Thailand. 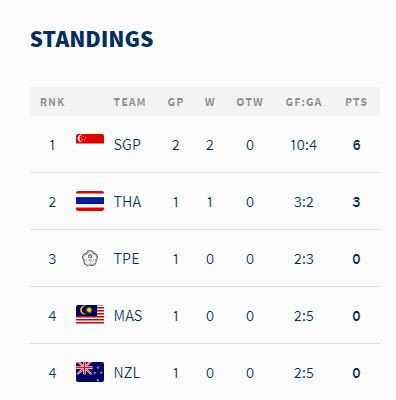 Tomorrow is due to see matches between New Zealand and Thailand, and Chinese Taipei and Malaysia.

The first women's version of the tournament took place in Shanghai in 2010.