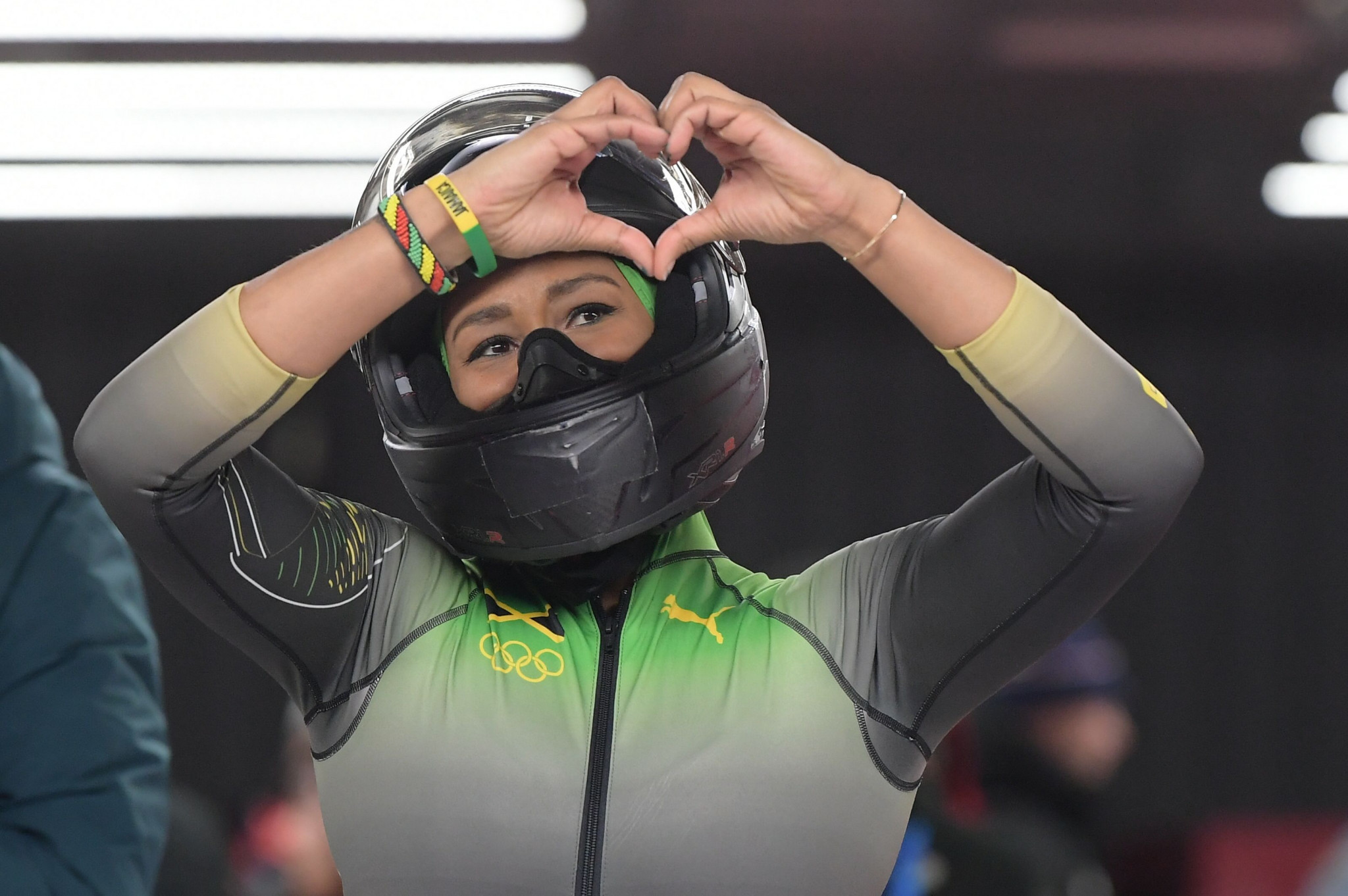 A provisional suspension on history-making Jamaican Pyeongchang 2018 Olympian Jazmine Fenlator-Victorian has been lifted by the International Bobsleigh and Skeleton Federation (IBSF), it has been reported.

Jamaica’s Sunday Gleaner claimed the United States-based bobsleigh athlete who, along with brakeman Carrie Russell, became the first women to represent Jamaica at the Winter Olympic Games last February, had been informed that the IBSF had lifted her suspension - following an adverse finding for the banned substance clenbuterol in March last year - as from March 9.

The Gleaner claimed it had obtained documentation from the IBSF involving the 32-year-old’s suspension, which carried the threat of a four-year ban.

In a letter dated March 7, 2019, and addressed to Fenlator-Victorian and copied to Chris Stokes - another Jamaican Winter Olympics history-maker who was one of the four-man "Cool Runnings" bobsleigh team that competed at Calgary 19888 and is now President of the Jamaica Bobsleigh and Skeleton Federation - the IBSF outlined that the provisional suspension had been lifted on the acceptance by Fenlator-Victorian and her legal team of certain unspecified terms while noting the alternative dispute resolution process.

"We have been informed by our legal counsel that you [Fenlator-Victorian] accept to settle your case by terms proposed by the IBSF to your counsel on March 2, 2019," the document reads.

"Article 7.10.1 ADR requires to state the full reasons of the agreement.

"While the drafting and signing of the agreement may take a few days, the IBSF is ready to lift your provisional suspension as of March 9, 2019."

However, her legal team had contended from the onset that the nature of the substance and the small amount that was found in her system indicated that her objective was not to gain an unfair advantage, a key argument in their appeal to the IBSF.

Neither Fenlator-Victorian or Stokes were available for a comment on the matter, however, Stokes, in an earlier interview, expressed confidence that their case would be met favourably.

"When you look at the nature of the substance and the amount that was detected, a very minimal level, when you take into consideration that she was tested weeks after that [positive test] and nothing was there, I believe we have a strong case," Stokes told The Gleaner last year.

Despite finishing 18th of the 19 competing teams at Pyeongchang 2018, Fenlator-Victorian and Russell provoked worldwide attention because of their groundbreaking status.

However, as a stimulant, it influences an increase in aerobic capacity, central nervous system stimulation, blood pressure, and oxygen transportation.

The IBSF neither confirmed nor denied the lifting of Fenlator-Victorian’s suspension, telling insidethegames: "As the process has not been finished yet we are not able to finally comment."