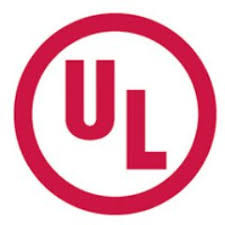 UL was a global partner for the record-breaking 2018 Rugby World Cup Sevens in San Francisco, which attracted more than nine million viewers worldwide.

World Rugby claims the deal is the perfect union between a brand that is passionate about performance and excellence, and a sport that continues to set new standards of performance, innovation and fan engagement.

"UL is an established global market leader that prides itself on performance and excellence and therefore this deal is a perfect fit for an innovative, performance-driven sport."

"World Rugby brings the highest level of integrity and competition to the sport and aligns with our global mission of working every day to help make the world a safer, more sustainable place."

Under the multi-year deal, UL branding will be present across the men’s and women’s World Rugby Sevens Series events, both in-tournament and on all digital platforms.

Additionally, UL will benefit from an extensive range of partner rights, including exclusive digital content and match-day hospitality and ticket packages.

In 2018, the men’s and women’s series saw fan engagement reach record levels, including a 60 per cent increase in video views on the previous year and fan attendance of more than 749,800 at events around the globe.

There was also a 39 per cent increase in live broadcast audiences across both men’s and women’s series, up from nine million in 2017 to 12.6 million viewers in 2018.

The World Rugby Sevens Series consists of 10 tournaments held around the world, in which national teams compete for points at each round.

An overall champion is crowned at the end of the season based on points accumulated throughout the 10 events, from the opening round in Dubai in November to the final round in Paris in June.

The 2018-2019 World Rugby Women's Sevens Series is currently taking place in six global destinations through to Biarritz in June.