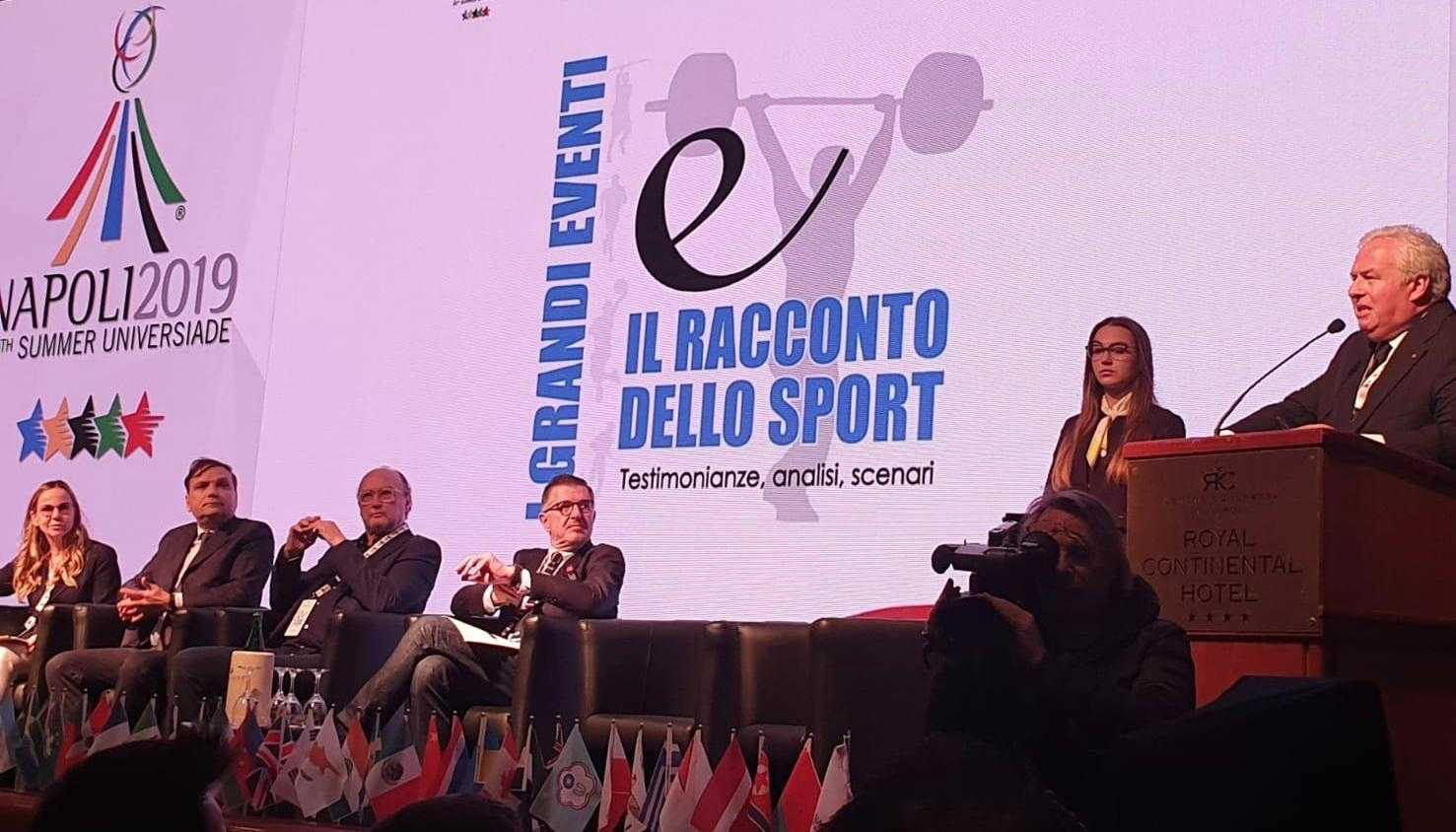 International Sports Press Association (AIPS) Europe and Unione Stampa Sportiva Italiana (USSI) held a symposium in Naples where sport, culture and sport development within the framework of the 2019 Summer Universiade in the Italian city were discussed.

In the first session of the one-day gathering, coordinated by AIPS Europe Executive Committee member and USSI vice-president Gianfranco Coppola, sport media was the main item on the agenda.

AIPS President Gianni Merlo gave an overview of how the organisation had developed since its formation in Paris in 1924.

Details on the various projects of AIPS to attract and train reporters in sport media were supported by visual information relative to the presence of AIPS in past editions of the Universiade.

Merlo also gave an update on the AIPS Sport Media Awards and made reference to the most recent edition which attracted a record number of participants to Lausanne in January.

He then went on to speak about the next edition, which was launched last week, and also presented the official logo for it.

AIPS Europe President Charles Camenzuli spoke on the topic of "Universiade in the sport media framework".

He discussed the story of former AIPS general secretary Massimo della Pergola and his role in sport.

With reference to the Universiade, Camenzuli told how in view of the first edition in 1959, Della Pergola had created the word "Universiade" on the basis of combining the words 'university' and 'universality'.

With this in mind, Camenzuli suggested to the Organising Committee that the main press centre for Naples 2019 be named "Media Centre – Massimo della Pergola".

During another session, Gianluca Basile, the commissioner responsible for Naples 2019, gave an overview of the general organisation.

This was followed by a lecture from Marcel Vulpis on the aspect of sport in the everyday economy, while Universiade commission manager Annapaola Voto dealt with the role of women in sport both in terms of participation and administration.

During a press conference entitled "Great sport event: passion in numbers", the Naples 2019 mascot Partenope and official Torch were presented to the media.

The presentation was done by Vincenzo De Luca, the President of the Campania region.

Together with other media guests from leading news agencies, they visited the main hub of Naples 2019 and witnessed the progress being made on the Summer Universiade infrastructure, namely Palabarbuto Centre for basketball and Piscina Scandone for swimming.

"With the FISU University Games returning to Italy, where the first edition was held in 1959, one can make an analysis of how the Universiade has developed ahead of this year’s edition and there are interesting figures to help," an AIPS statement reads.

"These figures give a better evaluation of the competition but above all, will be a new challenge where tradition, sport and culture will develop the concept of the Universiade, that of universality and participation."