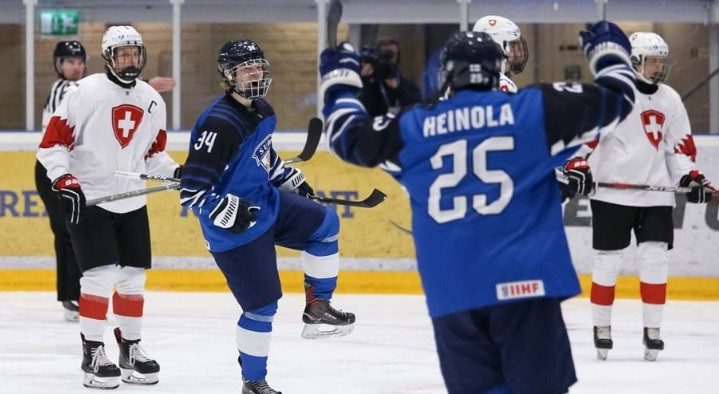 Defending champions Finland secured their place in the quarter-finals of the International Ice Hockey Federation Under-18 World Championship by thrashing Switzerland in Sweden.

Finland hammered their opponents 12-0 in a must-win match to claim the last available quarter-final spot from Group A.

Defeat at A3 Arena in Umeå consigned Switzerland to the relegation round, where they will play Slovakia in a best-of-three series.

Finland will take on the United States in a repeat of the 2015, 2017, and 2018 finals after the Americans clinched top spot in Group B.

The US despatched Latvia 7-1 at Fjällräven Centre in Örnsköldsvik to complete the preliminary round with a 100 per cent record.

They will be out for revenge in the pick of the quarter-final matches, due to be held on Thursday (April 25).

"We haven’t thought about it [the quarter-final] much yet, but I think it’s going to be a tough game,” said Finland's Anton Lundell.

“They are a good team.

"They skate a lot and have skilful players, so we have to be aware and ready for the game.

"We have to play our best game to beat them."

All four quarter-finals will be held when the tournament resumes following a rest day tomorrow.