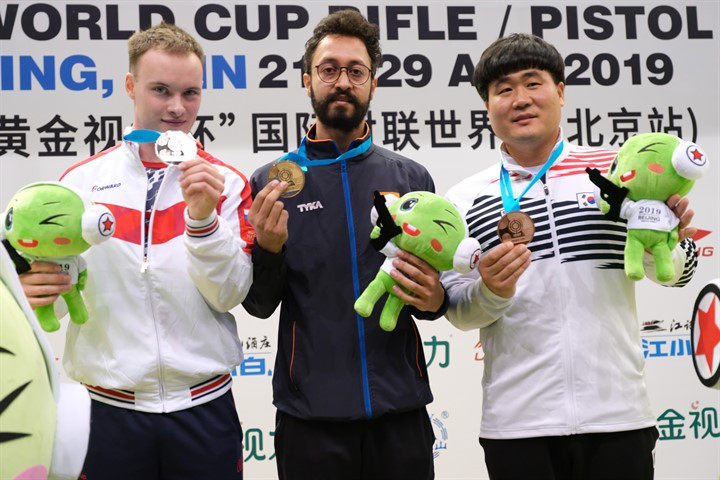 Verma scored 585 points in qualification and 242.7 in the final to take gold at Beijing Shooting Range Hall.

Russia's Artem Chernousov had topped qualifying with 586 points but could only score 240.4 in the final, good enough for silver.

Bronze went to South Korea’s Han Seung-woo, who scored 582 in qualification and 220.0 in the final.

India lead the medal table with three gold medals and one silver.

Hosts China are second with two golds, two silvers and one bronze, while Russia have one gold, three silver and three bronze.