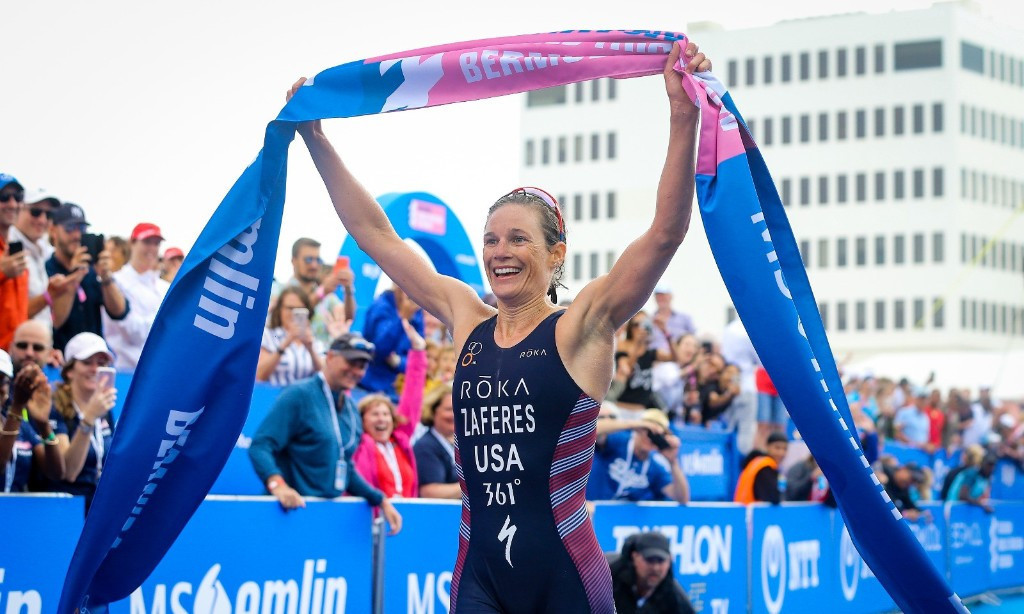 She dominated the field, despite enduring difficult swimming conditions due to a downpour.

Her nearest opponent was Britain's Jessica Learmonth, who finished in 2:01:33, while Canada's Joanna Brown achieved her first Series podium finish in a time of 2:02:05.

“I am really happy," Coninx said.

“Especially because after Abu Dhabi I was a bit disappointed, and when you start the season so badly is very hard to get over it.

"But I did, and during the race I was just thinking of enjoying it."

Coninx won in 1:50:36, with Gomez and Norway's Iden Gustav finishing two seconds behind to earn silver and bronze respectively.

Spain's five-time world champion Gomez had been focusing on long-distance racing but decided to switch back to short-distance in order to qualify for the Tokyo 2020 Olympic Games.

There was also success for France at the ITU Duathlon World Championships in Pontevedra in Spain.

Benjamin Choquert won the men's event while compatriot Sandra Levenez was the victor in the women's.