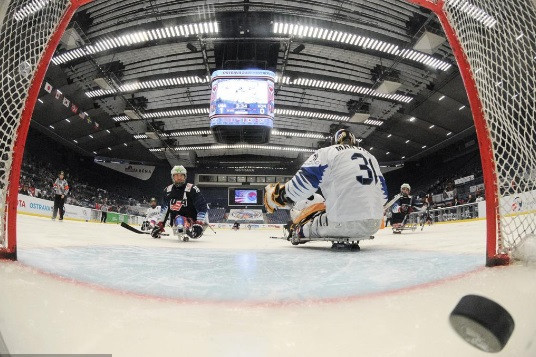 Paralympic gold medallists the United States booked their place in the semi-finals with a comfortable victory over South Korea at the World Para Ice Hockey Championships in the Czech Republic.

The American side, who beat arch-rivals Canada in their opening game yesterday, swept aside the Paralympic bronze medallists 4-0 in Group A at Ostravar Arena.

Jack Wallace, Brody Roybal, Declan Farmer and Noah Grove were on the scoresheet for the US, who have guaranteed their place in the last four with a game to spare.

"We're happy to have two wins against a pair of quality opponents at this point in the tournament," said head coach David Hoff.

"We've put ourselves in a good position for the semi-finals, but I think there are areas of our game we can clean up to help us reach another level of play."

FINAL: Czech Republic🇨🇿 stay undefeated on their home ice with a convincing 6-1 victory over Sweden! pic.twitter.com/iPOteMTwKm

Canada bounced back from their defeat to the US yesterday in style, thrashing Norway 14-2 to record their first win and boost their chances of qualifying directly for the semi-finals.

In Group B, hosts the Czech Republic and Italy maintained their 100 per cent starts to the tournament.

The Czech Republic hammered Sweden 6-1 to continue their high-scoring form following an 8-0 win over Japan yesterday.

Italy beat Japan 5-1 in the other match played today.