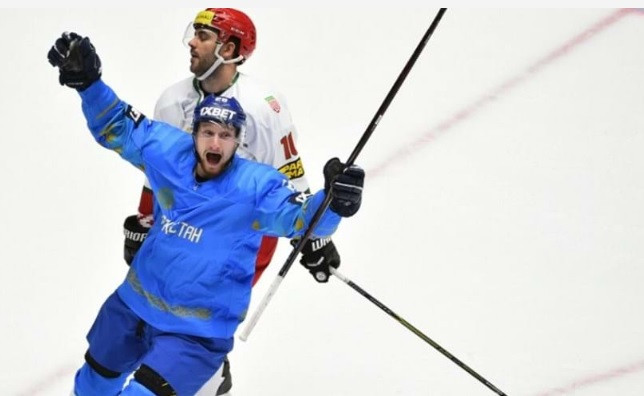 Kazakhstan and Belarus will play in next year's International Ice Hockey Federation (IIHF) World Championship in Switzerland after they were promoted from the Division IA tournament in Nur-Sultan.

The hosts and Belarus are guaranteed to finish in the top two prior to the conclusion of the event at Barys Arena today.

Their places in the top tier of the World Championship were confirmed when South Korea suffered a shock defeat to Lithuania.

South Korea had been chasing promotion but their hopes were ended after they lost 2-1.

The home nation play Hungary, while Belarus take on South Korea, who made their IIHF World Championship debut last year before they were immediately relegated.

Today is the last-day at the Division IA. Thank you Kazakhstan🇰🇿 for the great event and thanks to all supporters who came to the arena and travelled to Nur-Sultan to support their teams! 😍🏒🏆 pic.twitter.com/o8lMth2Ojf

"We are very happy, congratulations to all Kazakhstan that the team is finally back to the top division," said Kazakhstan head coach Andrei Skabelka.

"The game against Belarus was the best game we had in this tournament.

"We had many opportunities and a very good start but still the problem that we didn’t capitalise on our chances.

"We want to be better in this aspect."

Kazakhstan last featured at the IIHF World Championship in 2016, where they finished bottom of Group A and were relegated to Division IA.

Belarus have made an immediate return after they dropped out of the top division at the 2018 tournament in Denmark.

Switzerland is due to host the 2020 IIHF World Championship, with matches set to be held in Zurich and Lausanne.