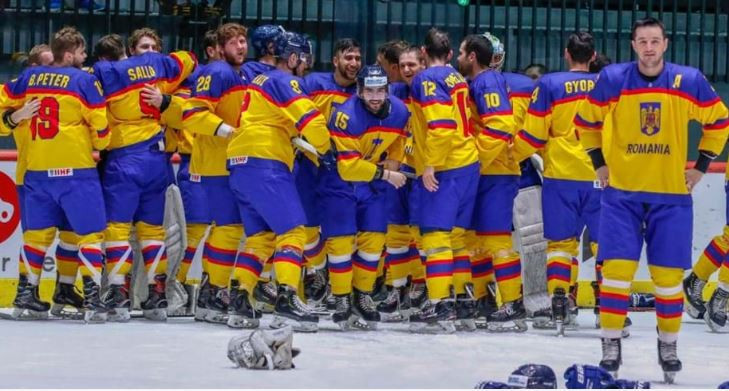 Romania, seen by many as contenders for relegation from IIHF Ice Hockey World Championship Division I Group B in Tallinn, Estonia, provided a very different narrative as they earned promotion to Division I Group A.

The unlikely triumph was completed thanks to a 3-1 win over the Netherlands in their final game at Tondiraba Ice Hall, which saw them finish the competition unbeaten.

Romania thus returned to the heights in the International Ice Hockey Federation men's world rankings that they had not been at since 1995, when they were 20th in the World Championship programme.

Last year, Romania only earned survival in Division 1B on the last day of competition.

“This is incredible for us – we came here to try to stay in the group and here we are, winning all five games,” Romanian centre Daniel Tranca told the IIHF.

“I still don't really believe that next year we will be in Division IA.

“We had higher expectations going into this tournament than last year, but we did not expect to be promoted."

Having opened their campaign in Tallinn by beating the hosts on penalty shots to earn a 4-3 win, they then beat Japan and Poland 3-2 – the latter match in overtime – and Ukraine 5-1 before their final triumph.

“We took it game by game,” Gliga said.

“We had a really good group and knew if we kept playing really good defensively and were efficient, we would have a chance.

“The key game was against Poland.

“They were the big favourites and after beating them, we knew we had to do whatever it takes to win our final games.”

While Romania celebrate their shock gold, newcomers the Netherlands will head straight back down to compete in 2020 IIHF Ice Hockey World Championship Division II Group A.

Poland ended their programme with a 7-3 victory over Japan, finishing second, but it was of little consolation.

“Although winning our last game, it was a tournament we lost.”

For Japan, too, there were feelings of frustration.

"It is tough to see it end like this because we worked so hard," said Japan's Kohei Sato.

"We began a month ago when we first got together.

But they left with a bronze medal the hosts nearly collected themselves.

Estonia received a standing ovation from a home crowd of 3,927 after beating Ukraine 4-3 in overtime to finish fourth – but they had required a win in normal time to earn third place overall.

Robert Rooba scored Estonia's winner on the powerplay, 1:22 into overtime.

"Bronze once again would have tasted nice but it was a good fight and a nice win in front of our home crowd," said Estonia's Riho Embrich.

Ukraine’s fifth-place finish in Tallinn is their lowest overall position since they entered World Championship play in 1993.