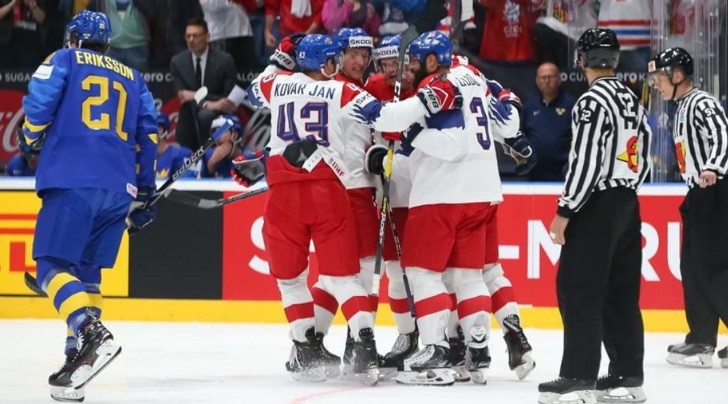 Czech Republic got their International Ice Hockey Federation World Championship campaign off to the best possible start as they beat two-time defending champions Sweden on the opening day in Slovakia.

The Czech side fought back from 2-1 down to claim a 5-2 win in Group B at Ondrej Nepela Arena in Bratislava.

Jakub Vrana broke the deadlock for the Czech Republic in the first period before Patric Hornqvist levelled in the second.

Oskar Lindblom briefly put Sweden in front but it was a fleeting moment of joy for the 2017 and 2018 winners.

Olympic gold medallists Russia also began with a victory in Group B as they overcame Norway by the same scoreline.

Yevgeni Dadonov scored twice, while Artyom Anisimov, Nikita Kucherov and Nikita Gusev also found the net in a convincing win for the Russian side.

Canada, back-to-back champions in 2015 and 2016, suffered defeat in their opening game as they lost 3-1 to Finland in Group A at Steel Arena in Košice.

Kaapo Kakko was the star of the show for Finland, seeking their first world title since 2011, as he scored the first and the third goals.

Arttu Ilomaki's power play goal early in the third had put Finland in front after Jonathan Marchessault had cancelled out Kakko's opener.

The United States, last year's bronze medallists, also fell to defeat as they were on the wrong side of a 4-1 scoreline in their clash with Slovakia.