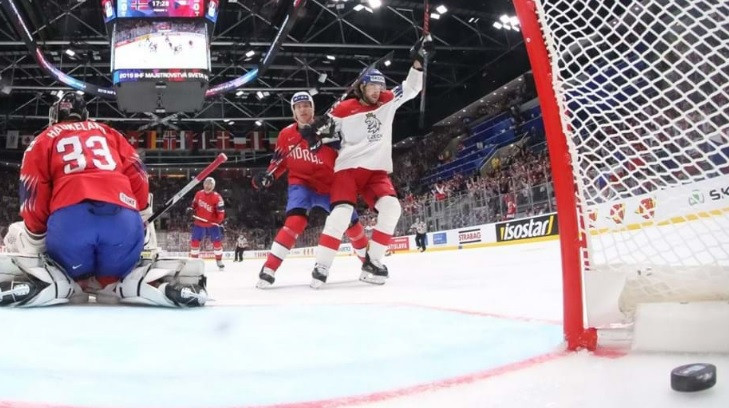 Czech Republic and Finland recorded their second victories to continue their 100 per cent starts to the International Ice Hockey Federation World Championship in Slovakia.

Czech Republic, who fought back to beat defending champion Sweden yesterday, swept aside Norway 7-2 in Group B at Ondrej Nepela Arena in Bratislava.

Filip Hronek and Michael Frolik both scored twice, while Dominik Kubalik, Michal Repik and Filip Chytil also found the net as the Czechs maintained their perfect opening to the tournament.

Finland followed up their triumph over 2016 and 2017 winners Canada by defeating hosts Slovakia 4-2 in Group A at Steel Arena in Košice.

Kaapo Kakko was again the star of the show as he netted a hat-trick to guide his side to their second successive win.

Slovakia threatened to force overtime when they levelled at 2-2 before Kakko took the game away from the host nation with two goals.

In Group B, Britain's first top-tier World Championship match for 25 years ended in defeat as they lost 3-1 to Germany.

Denmark also got their campaign off to a winning start, beating France in a shootout after their dramatic encounter had finished 4-4 at the end of regulation time.

Switzerland briefly stormed to the top of the Group A standings after they thrashed Italy 9-0 in their first match of the tournament.

Latvia defeated Austria 5-2 in the other game played today.

A further six matches are scheduled to be held tomorrow.