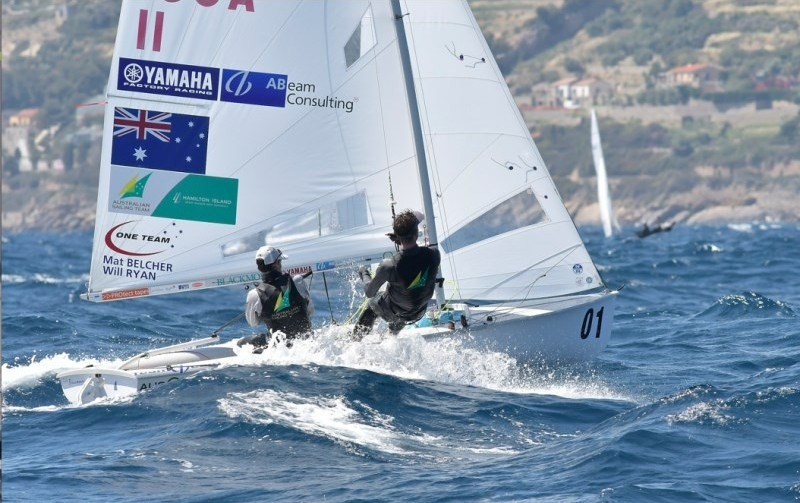 Australian duo Matthew Belcher and Will Ryan consolidated their lead in the men's competition at the 470 European Sailing Championship on Marina degli Aregai in Italy.

Racing was cancelled yesterday due to the direction and speed of the wind, with only one race taking place today to add to the results from the three races on the opening day.

Belcher and Ryan stay in the lead with three net points after finishing second today.

Austria's Bargehr and Lukas Mahr had a 12th-place finish discarded but were pushed down to third.

In the women's competition, Israel’s Gil Cohen and Noa Lasry moved up to first with six points after finishing second.

Great Britain’s Hannah Mills and Eilidh Mcintyre are on eight, while France’s Camille Lecointre and Aloise Retornaz are third with 11 points.