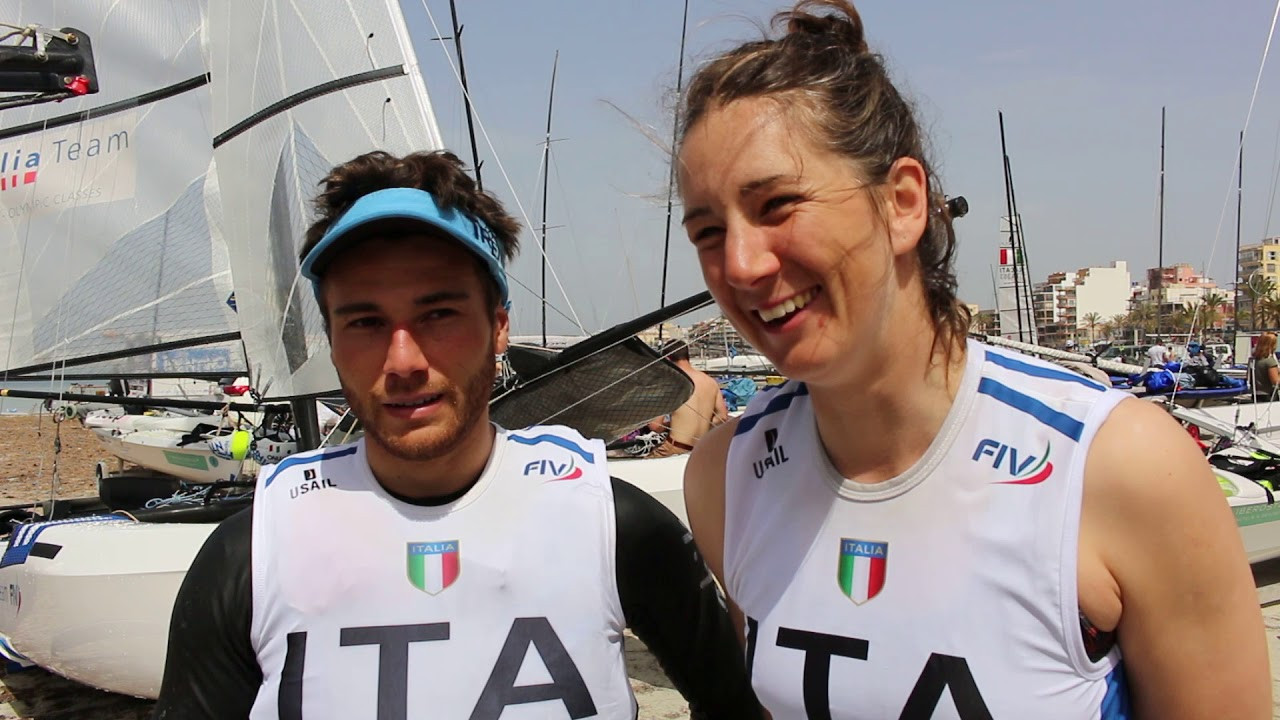 The pair have a net total of three points, with compatriots Vittorio Bissaro and Maelle Frascari Diotallevi second with six points.

The 49er and 49erFX European Championships are also taking place at the same venue, with four races completed in those events.

A fourth-place finish gave them a net total of seven.

Their team-mates Peter Burling and Blair Tuke are on the same number, but are second after failing to win as many races.

In the 49erFX, Sweden's Vilma Bobeck and Malin Tengström top the standings with a total of five, while Brazil's Martine Grael and Kahena Kunze are second with six.

Annemiek Bekkering and Annette Duetz accumulated seven points and are in third.