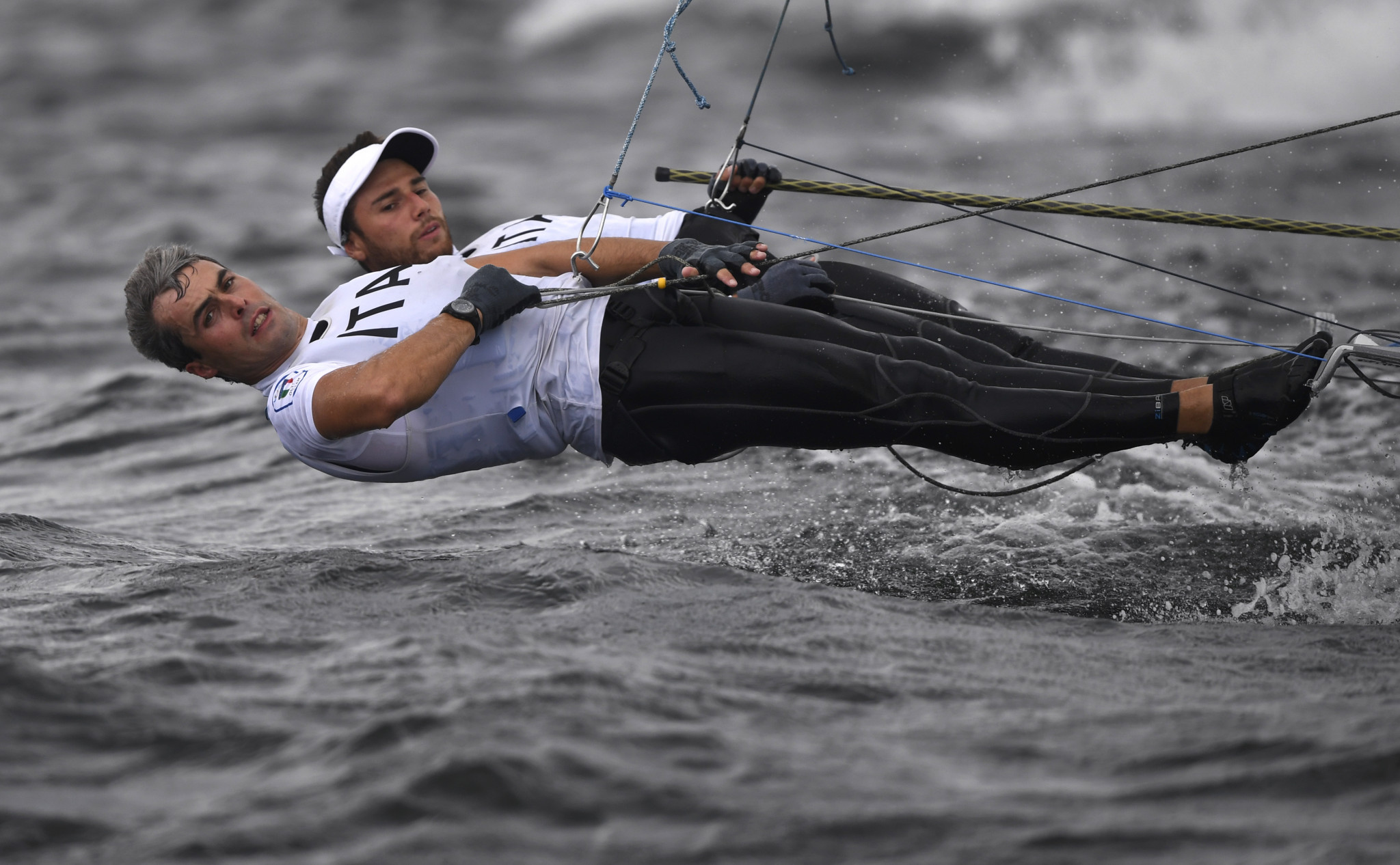 World champions Ruggero Tita and Caterina Banti edged further ahead of the chasing pack on the final day of qualifying at the Nacra 17 European Championships on the Isle of Portland in England.

Tita and Banti's compatriots Vittorio Bissaro and Maelle Frascari Diotallevi are third on 21 points, which is the same score as that held by Denmark's Lin Cenholt and CP Lübeck in fourth.

With nine races of qualifying now complete in the 49erFX, reigning Olympic champions Martine Grael and Kahena Kunze of Brazil are setting the standard with 13 points.

Their score is made up of four race wins, three second places and one third.

It gives them a four-point advantage over the second-placed Charlotte Dobson and Saskia Tidey of Britain.

Reigning world champions Annemiek Bekkering and Annette Duetz of The Netherlands are one point further back.

At the Finn European Championships in Greece's capital Athens, British Olympic champion Giles Scott is still out in front with eight points.

He has a four-point lead over New Zealand's Andy Maloney.

Turkey's Alican Kaynar is 15 points behind in third.