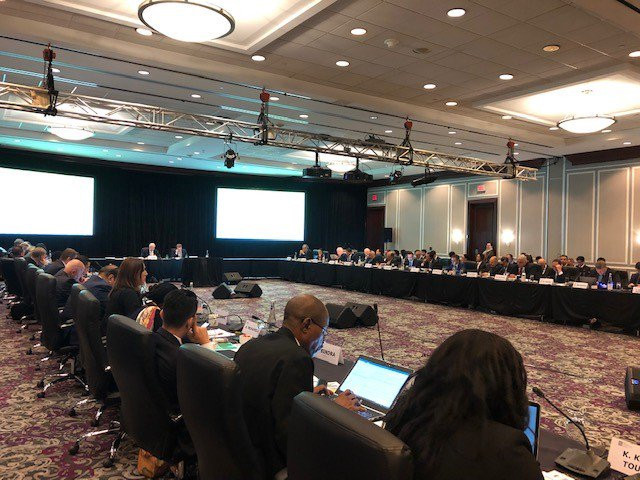 Beckie Scott and Edwin Moses have expressed “extreme disappointment” at the outcome of the investigation into their allegations of improper conduct against two World Anti-Doping Agency (WADA) colleagues, while vowing to continue in their respective roles as WADA Standing Committee chairs.

In a press release, it was alleged that “additional information” revealed that “several high-profile WADA Executive Committee members declined to participate” in the investigation, citing concerns related to lack of independence and no confidence in process.

“WADA is supposed to be committed to the athletes and fair play,” said Ben Chew of Brown Rudnick, lawyer for both Scott and Moses.

“Yet when Dr Moses and Ms Scott showed the courage to step forward and try to speak their truth in order to achieve reform, transparency and accountability, WADA made it impracticable.”

The statement came as both Helleland and Costgrove made robust contributions to a discussion of the report, which cleared senior WADA figures of bullying, during the organisation’s Foundation Board meeting here.

Cosgrove observed that “generally when people feel the need to reach for the legal gun…they have reached a point of high frustration”.

He called for “some sort of apology” to Scott and Moses to be considered.

Helleland disclosed that she had been “told not to attend” this week’s in camera session.

“Apparently I had a conflict of interest because I have been very clear against bullying,” she added.

By contrast, Ingmar De Vos, President of the International Equestrian Federation who was appointed as the replacement for the late Patrick Baumann as a member of the WADA Executive Committee. said the report, by law firm Covington and Burling LLP, was “very clear and detailed”.

“As far as we are concerned, this process is concluded in a satisfactory way,” he added.

“We need now to turn the page.”

As reported, Covington’s investigation cleared senior WADA figures of bullying, while making four recommendations to address “ongoing tension over allocation of power among different WADA constituencies” and other issues.

The law firm’s 133-page report concluded that “no one” at the relevant meeting last year “bullied or harassed Ms Scott” regarding her objection to the controversial reinstatement of the Russian Anti-Doping Agency (RUSADA).

It went on: “The exchange between Ms Scott and [WADA Executive Committee members] Messrs [Francesco] Ricci Bitti and [the late Patrick] Baumann at that meeting took place after Ms Scott presented the Athlete Committee report…

“While Mr Ricci Bitti’s response to that report reasonably could be viewed as aggressive or disrespectful,” the document continued, “his behaviour did not rise to the level of bullying or harassment”.

Moreover, “while Mr Baumann objected to Dr Moses having spoken on a particular issue at the May 2018 Executive Committee meeting”, the investigation “uncovered no credible evidence that Dr Moses was told to “shut up” at that meeting or the Foundation Board meeting held the next day.

Scott and Moses, both Olympic gold medallists, refused to participate in the investigation.