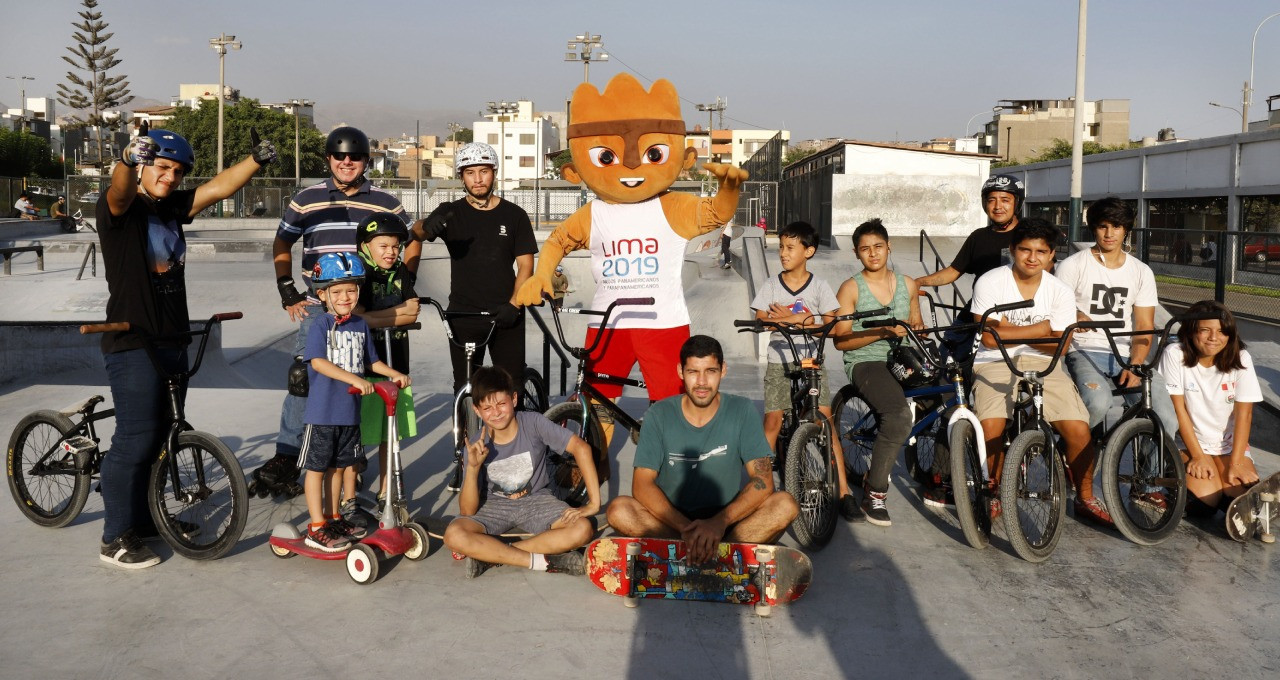 Skateboarding has been removed from the Lima 2019 Pan American Games programme after the Panam Sports Executive Committee claimed World Skate and the Pan American Confederation of Roller Sports had not fulfilled their requirements.

In a statement, Panam Sports criticised the two organisations and said it feared the skateboarding competitions at the multi-sport event would not meet the standards required for the Pan American Games.

"The decision was taken due to the lack of guarantees necessary to ensure the tournament will feature the top athletes of the continent, which is one of the fundamental objectives of the Games," the statement read.

"The conditions were not met and there are no guarantees on the part of the organisations that govern the sport in the continent and in the world for the realisation of an event with the standards that are required for the Pan American Games."

The body outlined World Skate confirming skateboarding at Lima 2019 would not act towards qualification for Tokyo 2020, where the sport will make its Olympic debut, and the clash with a Street League Skateboarding (SLS) event in Los Angeles as the reasons behind its decision.

Panam Sports said SLS and World Skate had shown a "lack of respect" by arranging a World Skate SLS Tour competition in Los Angeles for July 23 to 28 as the Pan American Games skateboarding events were due to run from July 27 to 28.

The classification process established by the Pan-American Confederation of Roller Sports was also cited as a concern by the continental organisation, which it claimed had "excluded several of the best countries in this discipline, leaving out many of the best athletes of the continent".

The Executive Committee said it "deeply regrets" the decision taken, which has been communicated to World Skate and the 41 National Olympic Committees in the region.

"Although we had the commitment of World Skate that the Pan American Games would be a qualifying event for the Tokyo 2020 Olympic Games, this was never concrete and we finally received confirmation that it would not be one of the events that offered points towards qualification to the Olympic Games," Panam Sports wrote in a letter to the two bodies.

"The recent scheduling of a qualifying event for the Tokyo 2020 Olympic Games for the discipline of street skateboarding in the city of Los Angeles, on exactly the same dates as the skateboarding events at the Pan American Games of Lima 2019, is something we understand as a lack of respect to the Pan American Games, to the athletes that were going to participate in these Games and fundamentally, to the Organising Committee of Lima 2019."

Skateboarding being dropped from the Games, scheduled to take place from July 26 to August 11, brings the number of competition sports on the programme to 38, 22 of which will be qualifiers for Tokyo 2020.

It could also raise concern at the International Olympic Committee, which is banking on World Skate and SLS to run the Olympic skateboarding competition at Tokyo 2020 and the qualification system.