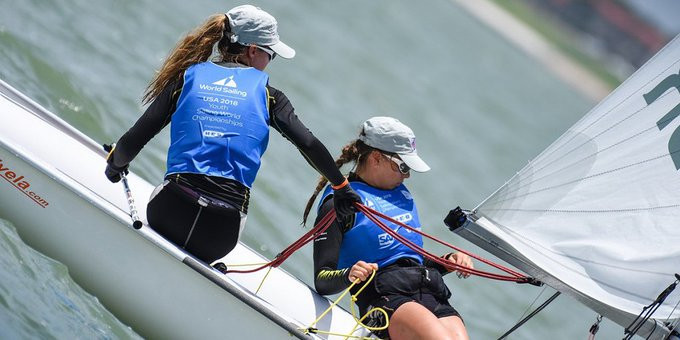 World Sailing has vowed to bring greater stability to the Youth World Championships and has begun to research the challenges the event has faced in recent years.

Sertl outlined the difficulties which have plagued the Youth Sailing World Championships, including the "levels of instability with venue changes".

The continued uncertainty regarding Olympic equipment and new issues such as gender identification were also addressed by Sertl during his presentation.

The Youth World Championships has caused World Sailing numerous issues over the past five years.

The organisation was forced to reallocate the 2016 Youth Sailing World Championships to Auckland following the withdrawal of Oman.

The Gulf nation pulled out suddenly with speculation suggesting they could not meet new criteria designed to prevent discrimination.

This was brought in after the 2015 Youth Sailing World Championships in Malaysia were overshadowed by controversy when Israeli windsurfers Yoav Omer and Noy Drihan were subjected to alleged discrimination in Langkawi.

Israel then pulled out of hosting the 2017 event in November 2016 because of an alleged inability to secure adequate funding.

It was instead staged in the Chinese city of Sanya.

World Sailing also failed to attract any interest for the 2022 event and has reopened the bidding process to find a suitable host.

The Youth Events Sub-committee has not yet announced when the deadline has been extended to.

The Hague is in pole position to be awarded 2021 hosting rights as no other cities registered their interest.