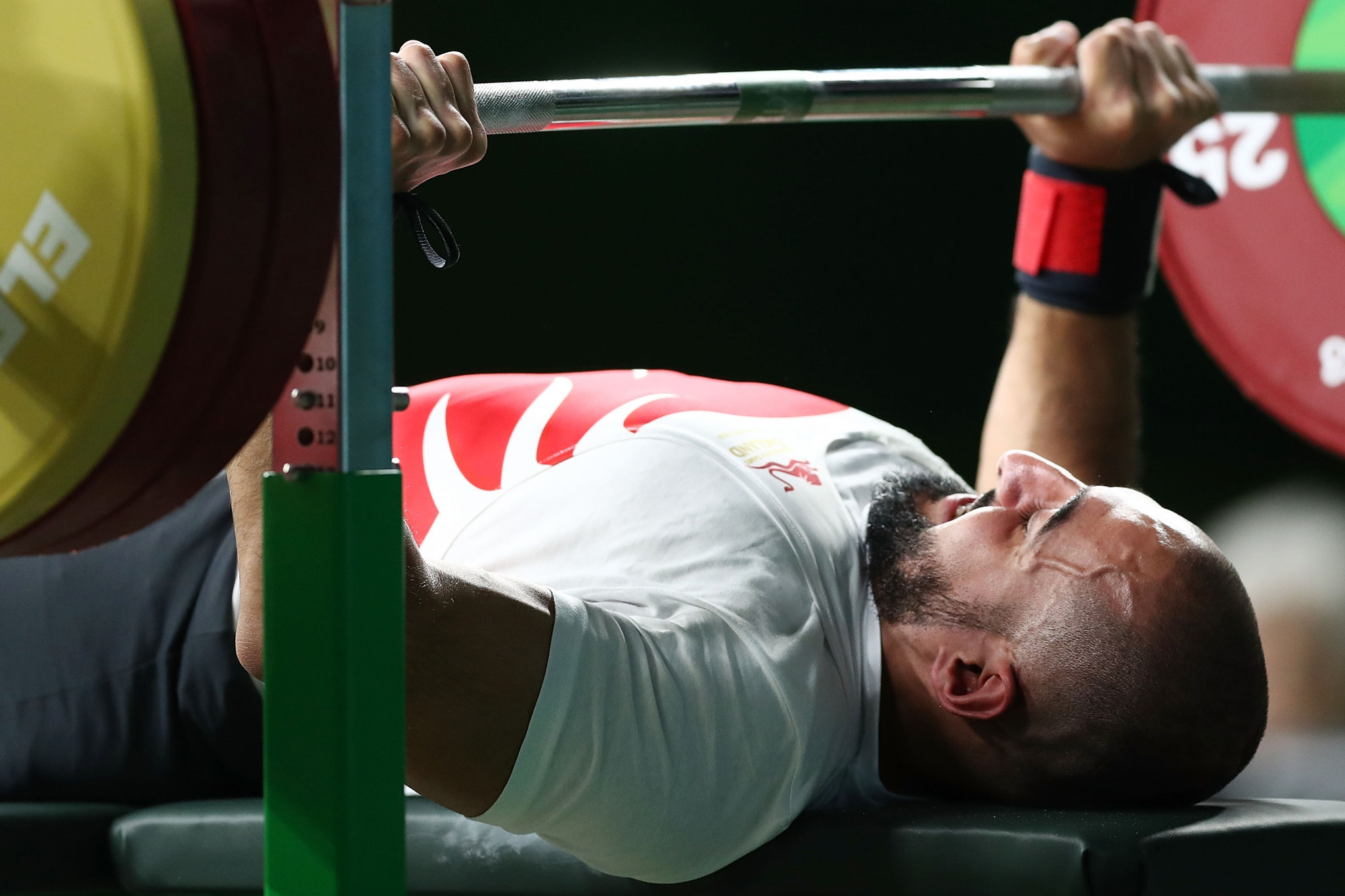 British powerlifter Ali Jawad has turned down treatment for Crohn's disease to boost his chances of qualifying for next year's Paralympic Games in Tokyo.

The 30-year-old, silver medallist in the under 59 kilograms category at the 2016 Paralympics in Rio de Janeiro, told BBC Radio Five Live having the treatment could have forced him to retire.

The double amputee athlete said his medication was not working and he was given a choice between a stem cell trial which involved "aggressive chemotherapy" or a stomach bag.

"Both options looked like I might have to retire, so I decided to reject both and try to fight it all the way," the 2014 world champion told BBC Radio Five Live's Friday Sports Panel.

"Sometimes it's mind over matter – when you're so used to that amount of pain on a daily basis it becomes the norm and, with some of the days that are less painful, you don't take them for granted.

"I knew it was going to be like this and with the option I took, I knew it would be one hell of a fight and I don't regret it."

Jawad would need to be ranked inside the top eight to secure a place at the Tokyo 2020 Paralympics.

The double Commonwealth Games bronze medallist, a member of the Global Athlete group which has been among those to call for increased representation for athletes, said he was confident of qualification.

"I want to retire on my terms and not on Crohn's terms – for me it is the burning desire to retire with happiness and not regret."