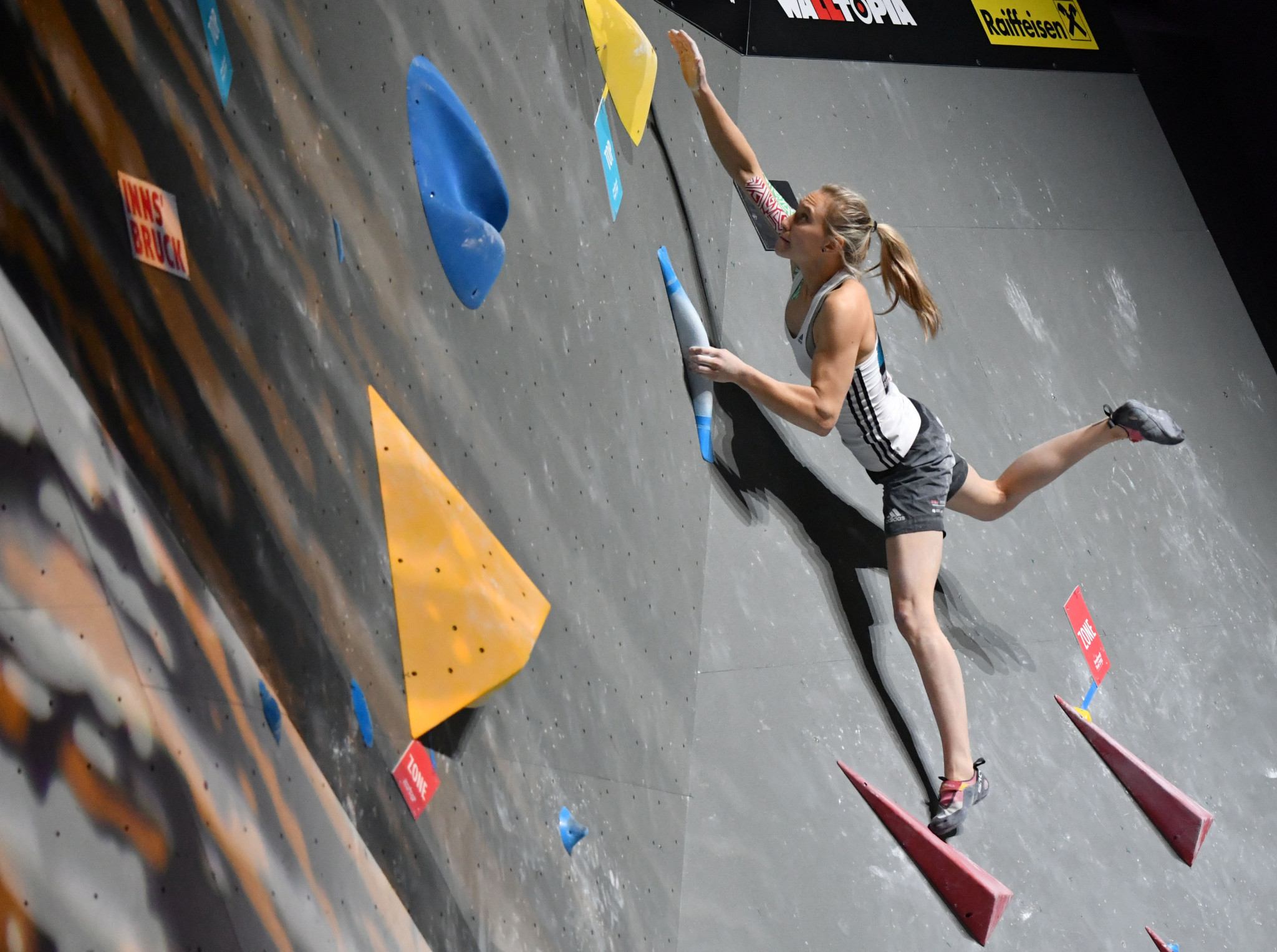 World champion Janja Garnbret remains on course to maintain her 100 per cent record this season after she eased into the women's semi-finals at the International Federation of Sport Climbing World Cup in Munich.

The Slovenian sensation topped the 'A' qualification group to continue her pursuit of a fifth straight victory.

Garnbret, who won the bouldering and combined world titles last year, arrived in the German city having won the previous four events held so far.

She won her qualification round ahead of team-mate Lucka Rakovec, while Britain's Emily Phillips was third.

Slovenia were in ominous form throughout the qualifiers today as Urska Repusic won the 'B' group.

Men's Qualifications in Munich are over! See who made it to the Semi-Finals: https://t.co/nnwpIiVJQM #IFSCwc #bouldering pic.twitter.com/fVFw1C57z9

Fanny Gibert of France, expected to be among the biggest threats to Garnbret, was second and Jessica Pilz of Austria was sixth.

Japan's Yoshiyuki Ogata was the best performer in the men's 'A' group and earned top billing for tomorrow's semi-finals.

Slovenians Anze Peharc and Jernej Kruder, and Adam Ondra of the Czech Republic, were among the other qualifiers.

The semi-finals and finals will be held tomorrow.