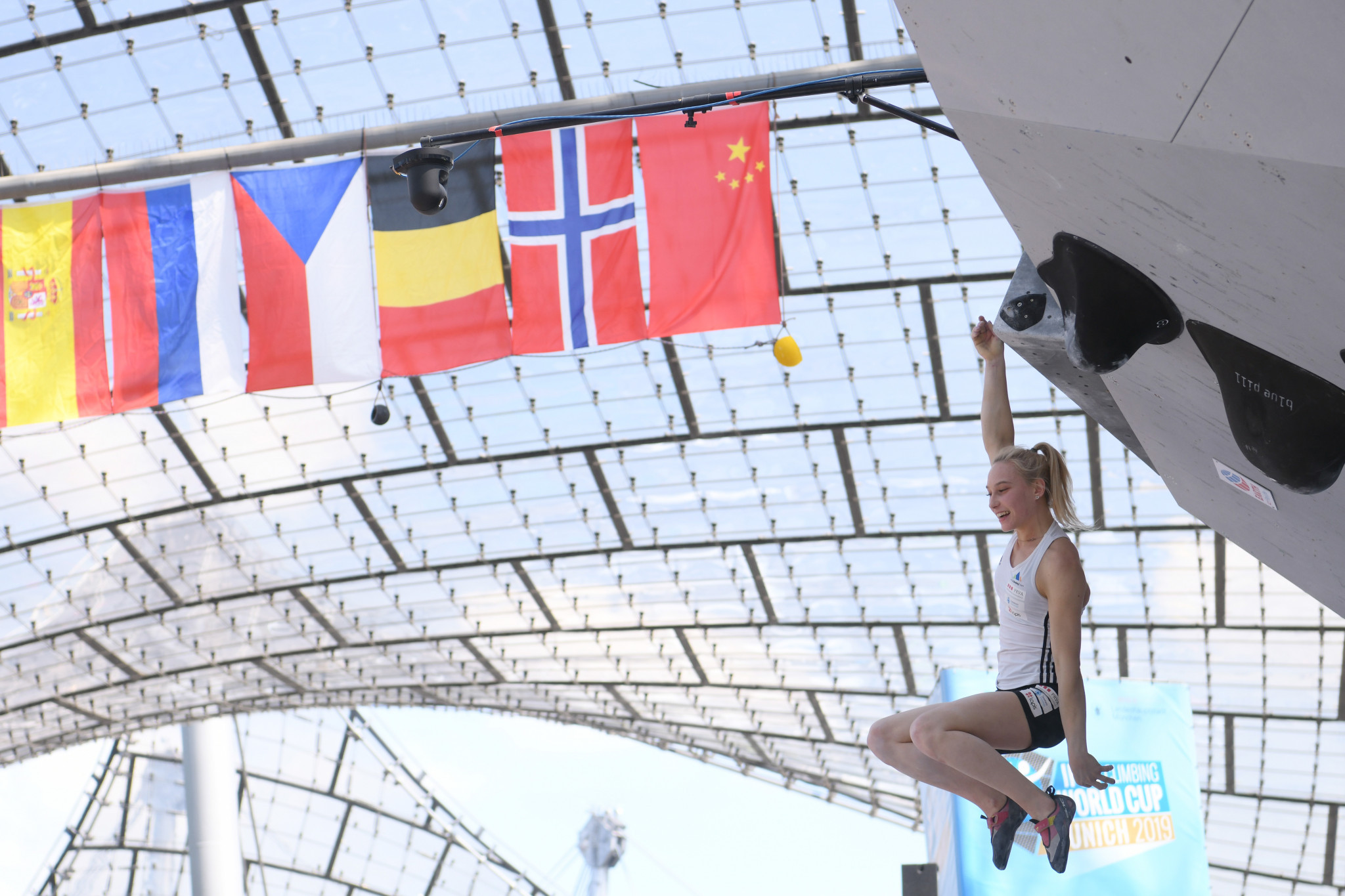 World champion Janja Garnbret of Slovenia continued her 100 per cent record this season as she clinched a fifth straight victory at the International Federation of Sport Climbing Bouldering World Cup in Munich.

The 20-year-old Slovenian sensation maintained her dominance with another superb display, although she was pushed hard by French challenger Fanny Gibert.

Garnbret, who won the bouldering and combined world titles last year and has emerged as the red-hot favourite for the first Olympic gold medal in the sport at Tokyo 2020, finished the competition with four tops and four zones.

She achieved each result in five attempts to secure the gold medal.

Jakob Schubert of Austria, the lead specialist who is the reigning combined World Cup champion, won the men's event.

Jan Hojer of Germany did enough for bronze on two tops and four zones.

The Bouldering World Cup season continues in Vail in the United States on June 7 and 8.