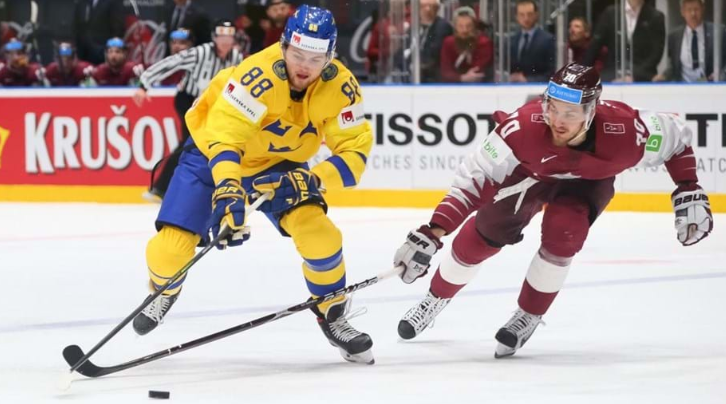 Sweden have qualified for the quarter-finals of the International Ice Hockey Federation (IIHF) World Championships in Slovakia after defeating Latvia.

They won 5-4 at Ondrej Nepela Arena, with Dennis Rasmussen scoring the winner for Sweden in the last minute.

This saw them progress from Group B alongside Russia, Sweden, the Czech Republic and Switzerland.

In Group A, Canada rose to second place after they comfortably beat Denmark 5-0.

Austria and France were both relegated to Division I Group A following dramatic defeats to Italy and Britain, respectively.

France had been in the top pool since 2008, but were beaten 4-3, with Britain's winner coming in overtime.

Italy stay in the top pool, triumphing 4-3 after penalty shots against Austria.