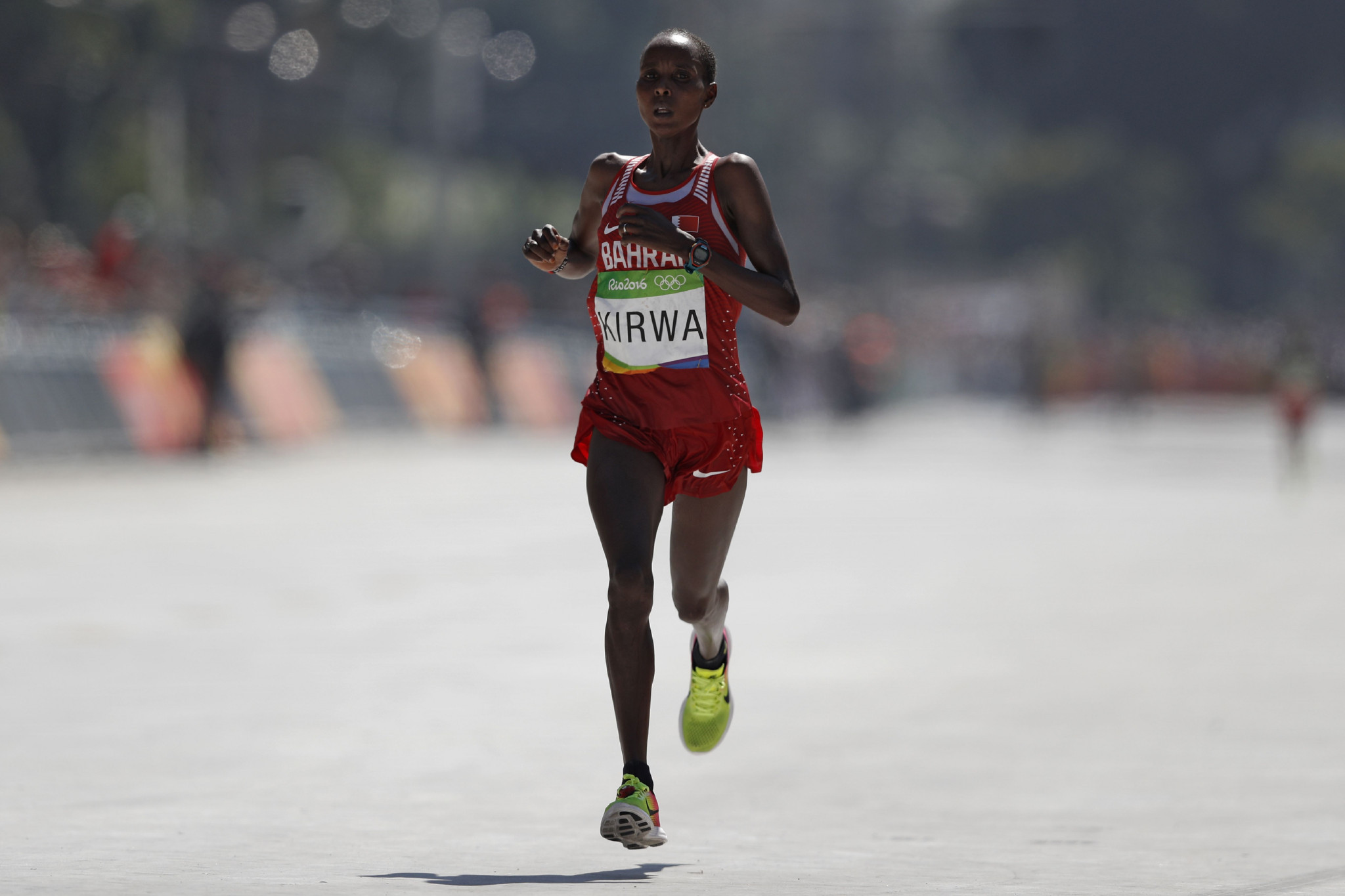 Bahrain's Olympic marathon silver medallist Eunice Kirwa has been provisionally suspended by the Athletics Integrity Unit (AIU) after testing positive for erythropoietin (EPO), it has been announced.

The 35-year-old Kenyan-born runner has been temporarily suspended from participating in any athletics competition before a decision on her possible ban is made at a disciplinary hearing.

Kirwa won the Olympic silver medal at Rio 2016 in the women’s marathon after finishing behind Kenya’s Jemima Sumgong, who is already banned till 2027 after testing positive for EPO.

Sumgong had been initially issued a four-year ban but appealed the suspension where she lied on her doping hearing then got slapped with the eight-year ban.

But, like Sumgong, Kirwa is set to be allowed to keep her Olympic medal because the positive test happened after the race.

Kirwa was one of two medallists for Bahrain at Rio 2016.

Ruth Jebet won the 3,000 metres steeplechase and then tested positive for the same substance, EPO, in March 2018.

Like Kirwa, Jebet was born in Kenya but switched allegiances to compete for Bahrain.

At the 2008 Olympics in Beijing, former Moroccan Rashid Ramzi, who had switched allegiance to Bahrain, was originally awarded the gold medal in the 1,500m only for it to be later stripped after testing positive for banned blood-boosting substance CERA - continuous erythropoietin receptor activator.

Kirwa's husband, Joshua Kemei, coaches Abraham Kiptum, Kenya's world half-marathon record holder, who last month was forced to withdraw from the London Marathon when it emerged he had been banned by the AIU following suspicions over his athlete biological passport.

Kirwa has not competed since winning the Macau Marathon in December 2017.

Earlier that year, she had finished sixth in the marathon at the 2017 International Association of Athletics Federations (IAAF) World Championships in London.

Kirwa had represented Kenya in the 1500m at the inaugural World Youth Championships in 1999 but failed to make an impression in senior international competition and switched allegiance to Bahrain in December 2013.

In the colours of the Middle East country, Kirwa won a bronze medal at the 2015 IAAF World Championships in Beijing and gold at the 2014 Asian Games in Incheon.

She has a personal best for the marathon of 2 hours 21min 17sec, set when winning in Nagoya in 2017.

insidethegames contacted the Bahrain Olympic Committee for a comment but they referred us to the Bahrain Athletics Association.

They failed to respond to emails.