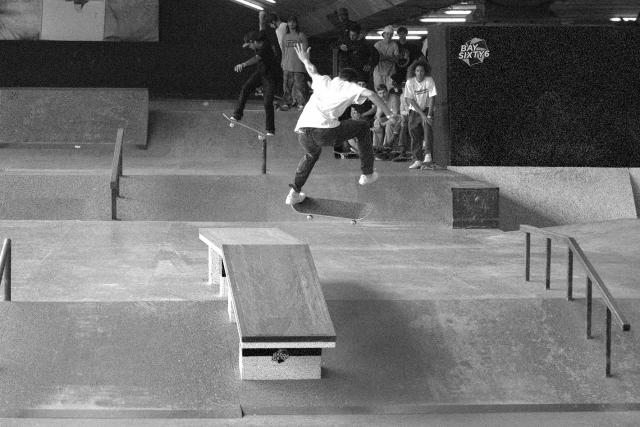 Skaters have booked places in the quarter and semi-final stage of the London Global Open qualifiers, the skateboarding’s first event on the path to next year's Olympic Games in Tokyo.

A total of 10 men were able to qualify for the quarter-finals of the competition at the BAYSIXTY6 skatepark, while 12 women could reach the semi-finals of their event.

World Skate state that 164 athletes from 45 national teams participated in the opening stage of competition in London.

Japan’s Sora Shirai topped qualification in the men’s event to advance to the quarter-finals, followed by the United States’ Alex Midler and Jagger Eaton.

Japan, the US and France both boasted two qualifiers, while Canada, Portugal, Peru and Russia will be represented by one athlete in the quarter-finals.

The final stages of the competition is due to see athletes compete at the Street Pro Tour event at the Copper Box Arena in London on Saturday and Sunday (May 25 and 26).

The 10 qualifiers join skaters ranked from 21st to 38th World Skate Street League Skateboarding (SLS) World Championship in the quarter-finals, as well as the four best skaters, not already pre-seeded, from the SLS ranking prior to the 2018 Championships.

The top 10 men from the quarter-finals are due to advance to the semi-final stage, where they will meet the top 20 men from the World Championships.

Only eight skaters will progress to the final.

Funa Nakayama of Japan headed the women’s standings to advance to the semi-final stage of competition.

She was followed by Russia’s Ksenia Maricheva and Japan’s Momiji Nishiya.

Australia, Brazil and Japan each had two qualifiers, while Belgium, Colombia, China, Russia, Sweden and Thailand had one athlete advance.

They join the top 18 skaters from 2018 World Championship, with the top eight semi-finalists reaching the final.

"We are really excited to see such a huge response by skaters and national teams attending the open qualifiers," said World Skate President Sabatino Aracu.

"Most at all, I'm proud to see that skateboarders from four continents made it to the following phases: from our point of view, it's one more proof that we are carrying out a win-to-win strategy.

"We are helping promoting skateboarding and we are successfully catching on with the youngest generation in countries where skateboarding was not mainstream until the Olympic inclusion."

World Skate claim the format allows skaters from all around the world have the chance to access to the Street League tour and to compete at the highest level in street skateboarding.

The governing body state that the new format is contributing to widespread skateboarding across the world by helping to reach undeveloped areas.

The Global Open qualifiers see skaters compete in maximum three minutes single jam session format, with the event phases after the qualifier set to use the Olympic contest format.

This will see each skater performs two runs and five tricks, with the best four scores from runs or tricks being added to give the total round score.

Skateboarding is one of five additional sports included for Tokyo 2020, along with baseball-softball, karate, sporting climbing and surfing.

Skateboarding was last week axed from this year’s Pan American Games in Lima after the Panam Sports Executive Committee claimed World Skate and the Pan American Confederation of Roller Sports had not fulfilled their requirements.