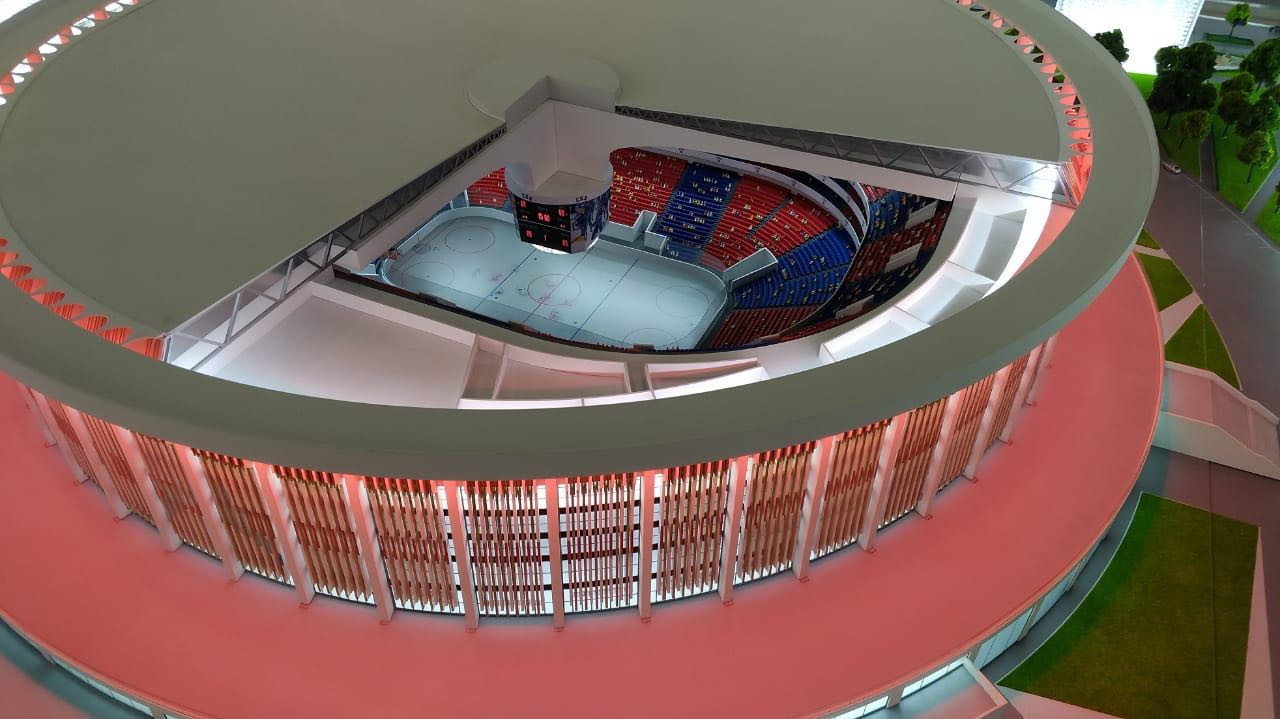 Saint Petersburg in Russia has been awarded the 2023 International Ice Hockey Federation (IIHF) World Championships, it has been announced.

The Czech Republic, meanwhile, were awarded the Championship in 2024 and a joint bid from Sweden and Denmark 2025.

Originally the three countries had bid for 2023 but the IIHF Congress in Bratislava accepted a proposal to assign three World Championships in a row with the first one going to Russia’s second-biggest city.

"We always provide a high level of service and safety to teams and fans."

It will be the third time Saint Petersburg has staged the Championships having held them in 2000 and 2016, when it co-hosted with Moscow.

It will be the eighth time overall Russia or the Soviet Union has staged the event.

The key factor in the Saint Petersburg bid was the promise to build a new arena that will be the biggest ice hockey venue in the world, with a capacity of 23,000 spectators and located within walking distance of Park Pobedy metro station.

A second arena will be the Ice Place, the home of Kontinental Hockey League club SKA Saint Petersburg that was built for the 2000 World Championships.

"It started with bandy in the 19th century and ice hockey became on of the most popular sports in the Soviet times.

"There’s no doubt the arenas will be sold out at the World Championship in 2023.

"The whole world is waiting for the 2023 IIHF Ice Hockey World Championship in Saint Petersburg.

"It’s a beautiful city with hospitable people and hockey fans.

"All this will make the 2023 World Championship one of the most memorable ones in history."

In September a proposal from the IIHF membership offered to assign the 2023, 2024 and 2025 World Championships to the three bidders at the 2019 IIHF Annual Congress.

With no other applications coming in, the delegates followed the proposal to plan further ahead with the IIHF’s flagship event.

The Czech Republic will host the IIHF Ice Hockey World Championship in 2024.

As in 2004 and 2015, when they also staged the event, the venues will be O2 Arena in Prague and Ostravar Arena in Ostrava.

Czechoslovakia had also hosted the IIHF World Championship eight times between 1933 and 1992.

Ostrava is also due to host the 2020 IIHF World Junior Championship.

The 2025 event will be hosted by Sweden in a city to be determined and co-hosted with Denmark as a secondary venue.

The Championship could be an important warm-up event for the 2026 Winter Olympic Games if Stockholm Åre wins its bid on June 26 against rival Milan Cortina d'Ampezzo.

The Congress was held during this year's IIHF World Championship which is reaching a conclusion this weekend.

Today, Russia are due to meet Finland in the first semi-final at Ondrej Nepela Arena in Bratislava, a match will be followed by Canada against the Czech Republic.

The final and bronze medal play-off are due to take place tomorrow.

Next year's IIHF World Championship is set to take place in Zurich and Lausanne.

It will be followed in 2021 by Minsk in Belarus and Riga in Latvia and Tempere and Helsinki in Finland in 2022.