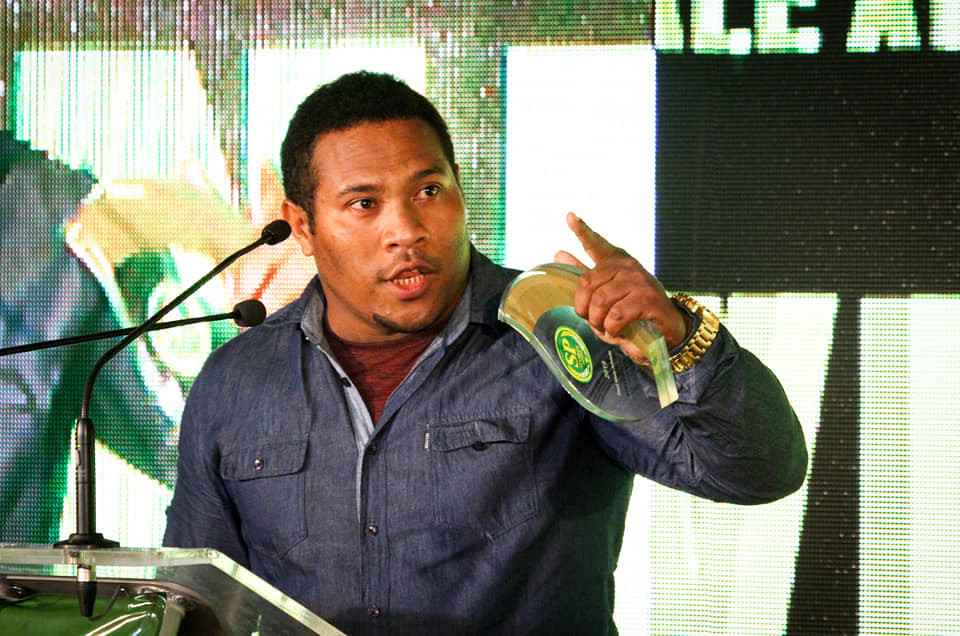 Both were honoured at the 27th edition of the event held at Crowne Hotel in Port Moresby.

The awards, supported by the Papua New Guinea Olympic Committee and backed by sponsors SP Brewery, recognised sporting achievement in 2018.

Kari won the men's prize after his gold medal in the under-94 kilograms division at the Commonwealth Games in Gold Coast.

His success in Australia, achieved with a Games record total of 370kg, meant that the double Pacific Games champion defended the title he had won four years earlier in Glasgow.

The 25-year-old was the only gold medallist from Papua New Guinea in Gold Coast.

Toua, who won the women's prize for the second straight year, also impressed at the Commonwealth Games as she won silver in the women's 53kg class.

The Glasgow gold medallist and two-time Pacific Games winner was beaten to gold by India's Khumukcham Sanjita Chanu but won a third Commonwealth Games medal in all after her silver in Melbourne in 2006.

Twelve prizes were awarded in all including best junior male athlete to table tennis player Jeffery Loi, who competed in Gold Coast.

Tennis player Violet Apisah was named best junior female after reaching the final of the girls' doubles at the Australian Open, narrowly missing out on a Grand Slam title with Swiss partner Lulu Sun.

National performance of the year went to the Alotau under-15 girls' basketball team of 2018.

Pottharst is a three-time Olympian who won gold alongside Natalie Cook at their home Olympic Games in Sydney in 2000.