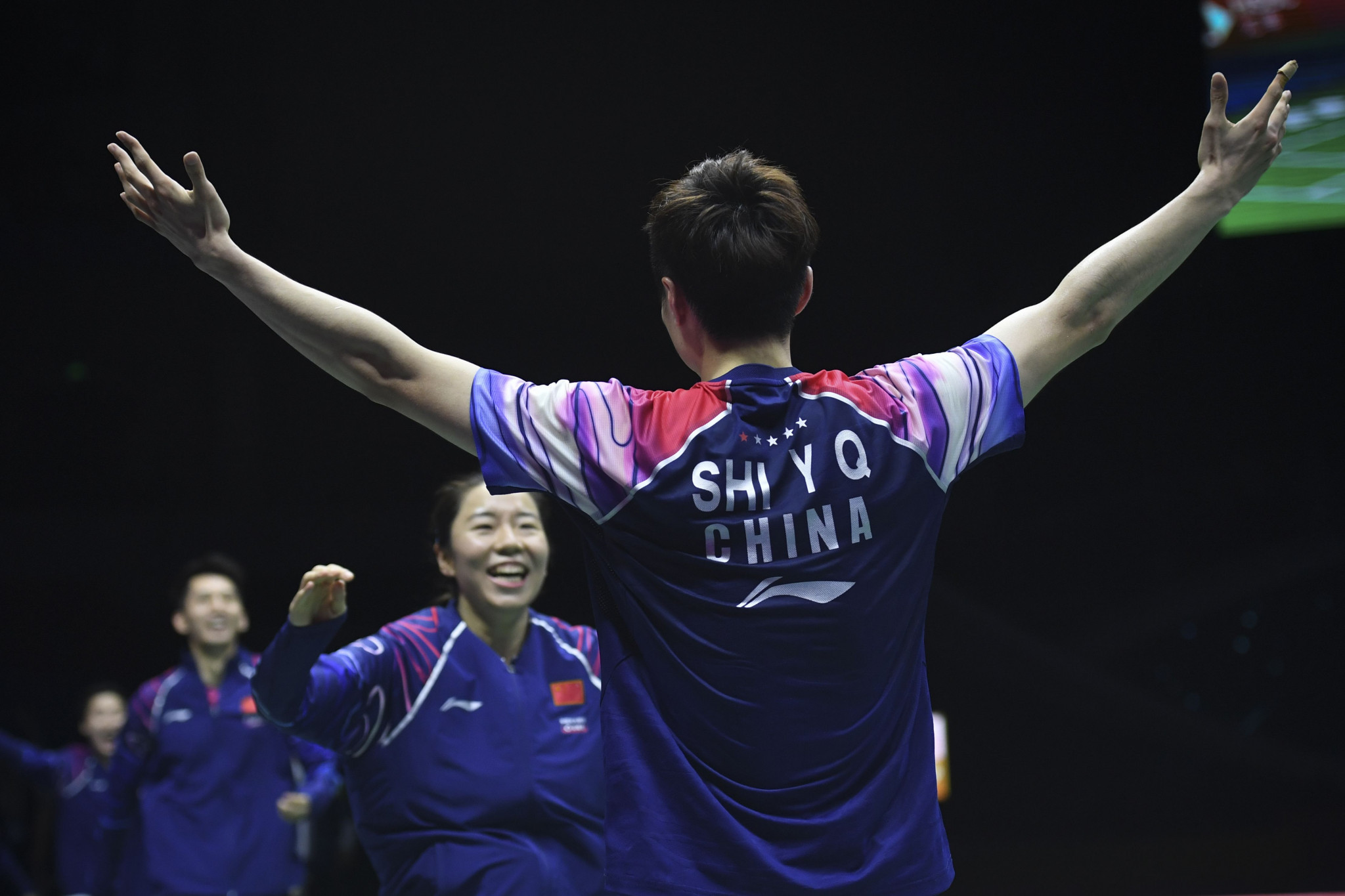 China reclaimed the Badminton World Federation Sudirman Cup after whitewashing Japan 3-0 on home soil in the final in Nanning.

The sport's leading force were stunned in the final of the last edition in Gold Coast in 2017 as they were beaten by South Korea.

That reverse has now been laid to rest with today's win at Guangxi Sports Center sealing the sport's prestigious mixed team trophy for China for the 11th time.

World champions Li Junhui and Liu Yuchen began the rout in the men's doubles against a Japanese squad who were top seeds despite the home pedigree.

They came through 21-18, 21-10 against Hiroyuki Endo and Yuta Watanabe with Liu particularly impressing with a superb display.

China, the second seeds playing in a 13th final in a row, then won both of the singles contests to seal victory in the best-of-five format.

Chen was 11-6 down in the third but a run of six points in a row helped her swing the contest in favour of both her and her country.

"I felt I played a bit slow in the beginning of the third game which caused me to waste a lot of energy," said Chen.

"I couldn't keep up with her but at the break I changed my game strategy and I took the lead."

Momota had never lost a match in a team tournament before and Japan's wait for a maiden Sudirman Cup title goes on.

China, who won the final in front of more than 4,500 fans, will again host the 2021 edition of the tournament which was today awarded to Suzhou.