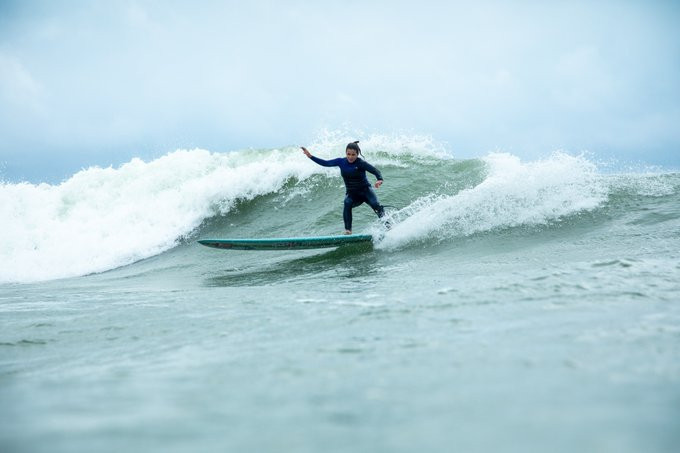 A record 103 athletes from 32 countries are set to compete at the International Surfing Association (ISA) World Longboard Surfing Championship in France this week.

Action at the event at Côte des Basques in Biarritz begins tomorrow and concludes with the final races next Sunday (June 2).

An Opening Ceremony took place in the French seaside town today, which included the parade of nations and sands of the world ceremonies.

This year's competition is the biggest in its history, with the number of participants comfortably surpassing the previous record of 71 at the 2018 Championship in Wanning in China.

Kai Sallas will return to defend the men's title he clinched last year but will be representing the United States instead of Hawaii.

Defending women's champion Tori Gilkerson has not entered the competition but will serve as a judge.

"We are very happy to be back in Biarritz, which has an exceptional tradition for our sport," said ISA executive director Robert Fasulo.

“France has a growing role and importance in the surfing world.

"We are fortunate to have such a professional, organised federation in France to support us with the organisation of this event.

“The proposal by Paris 2024 to include surfing in their sports programme is an extremely important milestone for us.

"It gives us added momentum and excitement for the future.

"There is still some road to travel before we can say we are fully included, but needless to say this is a very important time for our sport as it continues to grow on a global scale.”